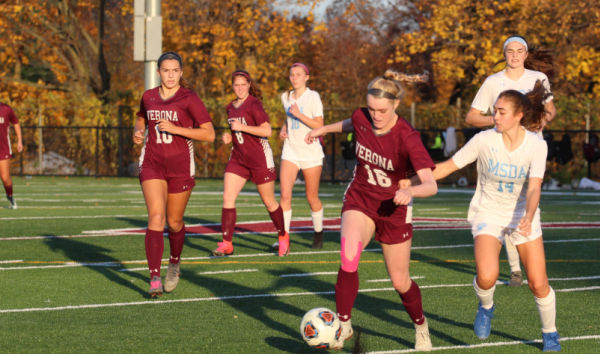 Brooke Rienecker set the tone for the Verona High School girls soccer team early in its game against Mount Saint Dominic Academy on Tuesday. In the opening minutes of the first period, Reinecker, a sophomore, delivered a long, strong shot on goal that easily sailed past MSD goalie Sophie Garske. It was the first of what would become a four-goal shoutout for Verona. 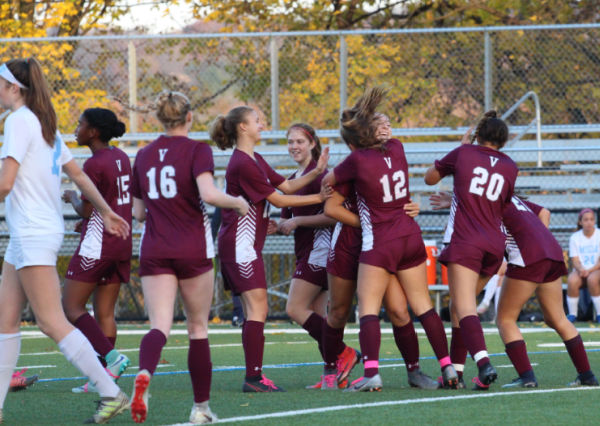 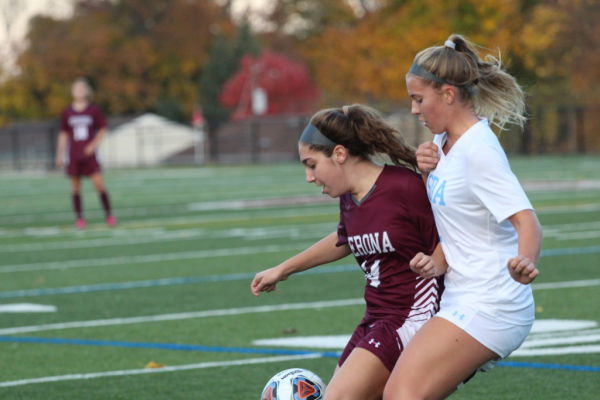 The maroon-and-white defense was also on point, largely frustrating all of MSD’s attempts to get down field. Amelia Koellhofer stopped 14 MSD shots on goal.

The win ends the regular season for Verona and brings the team to a 6-6 record overall. Madigan has been the leading scorer, with eight goals and three assists, followed closely by Reinecker and De Leon. Reinecker has six goals and six assists, while De Leon is six and four. Koellhofer has made a total of 71 saves, and sophomore Isabelle Malanga has tallied up 55.

Verona’s next outing will be next Wednesday, November 18, in Mahwah for the quarterfinals of the NJSIAA playoffs. 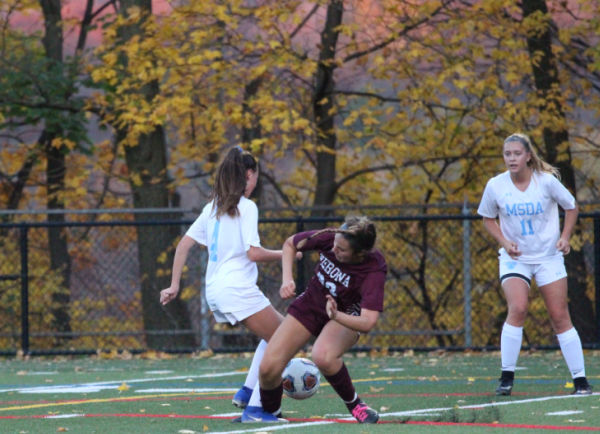