After Tough Season, Girls Tennis Gets A Win 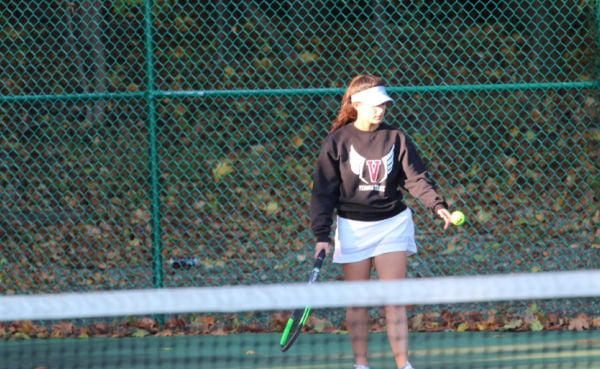 It has been a tough, tough season for the Verona High School girls tennis team. It had graduated six starters from last year’s team and had moved up a division, which meant that this season it has been playing against the top teams in Essex County at every match. Before the girls took to the court on Monday afternoon, they had eight losses, and half were shutouts.

To get a sense of what Verona has been up against, almost every one of the teams that is has played has advanced to at least the semifinal round of their respective state tournament (Newark Academy, Livingston, Montclair, West Orange, Caldwell). The two other teams that Verona did not get a chance to play because of rainouts–Millburn and Montclair Kimberly Academy–are in the finals of their state brackets.

“We have taken our lumps this year,” Coach Jonathan Thai told the team in warm-ups. “But the measure of a team is how they react in adversity and you have shown the utmost resilience.” 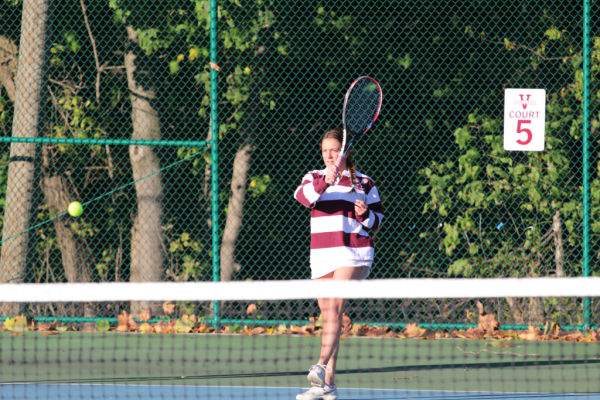 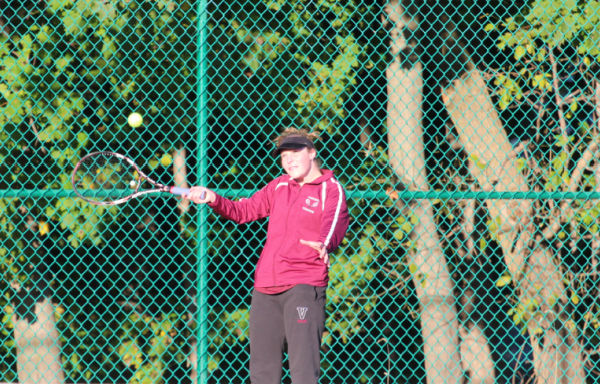 “The girls have definitely gotten down on themselves at times due to our record, but I have had to keep reminding them about each player’s individual improvement from the start of this season until now,” Thai said after the win. “During practice, before, during, and after matches, I have reiterated the intrinsic motivation and discipline to persevere through adversity. It really has been remarkable to watch their level of play improve from match to match.”

“Yesterday was one of the most rewarding wins of my coaching career,” he added. “It was Emily Baumgard’s birthday and my birthday. She turned 16 and that was her first career varsity win. It was the best birthday gift a coach could ask for.” 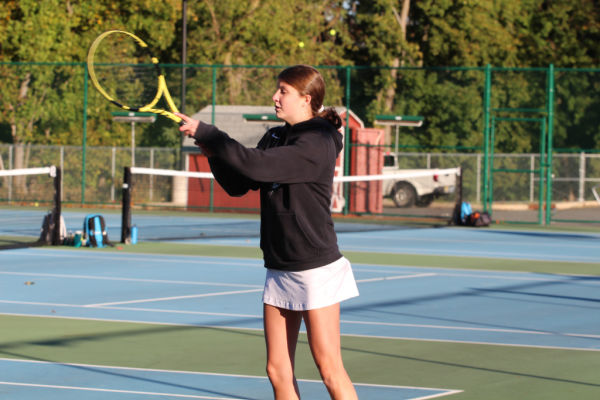