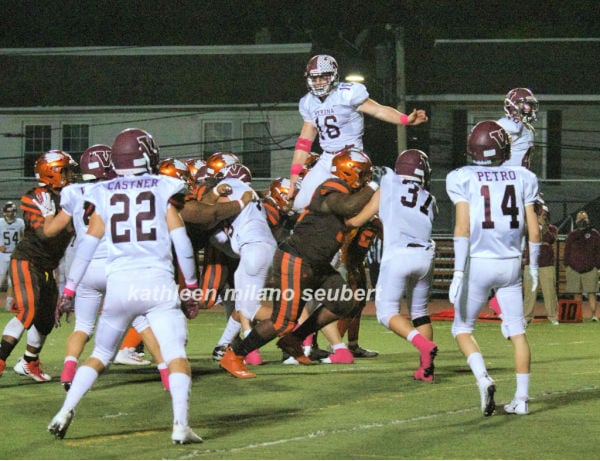 It was a long, hard-fought game, but Verona football pulled out a 27-21 victory over Weequahic in overtime on Friday night.

The Indians were hosting Verona on Newark’s Untermann Field and Donovan Wadley got Weequahic on the board first on a 27-yard pass from Jerron Phillips. It took Verona until almost the end of the first quarter to score when Cael Zebrowski connected with Steven Petro. Verona scooped up a Weequahic fumble in the second and, a few plays later, Frank Riggio put Verona up another touchdown. Weequahic echoed back when Phillips connected with Quaphit Davis, but their attempt to get an extra edge fell short when the run failed. 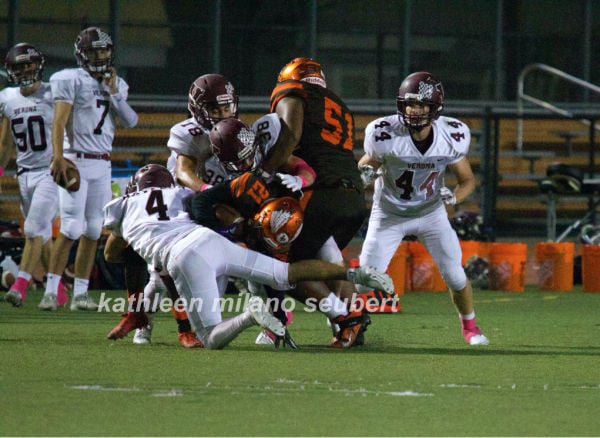 The score stayed locked at 14-13 throughout the third quarter–and then things got interesting. The normally unshakeable Riggio fumbled. He more than made up for that a few plays later when he intercepted a Weequahic pass in the red zone and then ran it almost all the way back. A short time later, Riggio added another TD. Weequahic recovered its equilibrium and scored again–only this time Tauheed Mclean also made the two-point conversion. Regulation time ended with the teams knotted at 21.

Weequahic seemed to have momentum as overtime opened, but then fate intervened when junior Danny Vecchio intercepted an Indian pass. The ball was soon in the safe hands of Riggio again, and over the goal line. The win improves Verona’s record to 4-1. Verona will host Jersey City’s Lincoln High School next Friday, October 30, at 7 p.m.

In other Verona sports, girls tennis, field hockey and soccer all ended the week with losses. Verona Valera won Wednesday’s 5K race for girls cross country at Branch Brook Park with a time of 21:37. Boys soccer improved its record to 4-2 with a 3-0 win over Nutley on Saturday. Ben Batson, Graham Weber and Ethan Beninghof did the scoring, with assists from Beninghof and Peter Caputo.

Boys soccer hosts Central on Tuesday and Milburn on Friday. Girls tennis is home against West Essex on Wednesday, while girls soccer will be across Sampson drive against Caldwell. Girls cross country will be back in Branch Brook Park on Wednesday as well. Football will be home on Friday against Jersey City’s Lincoln high school. 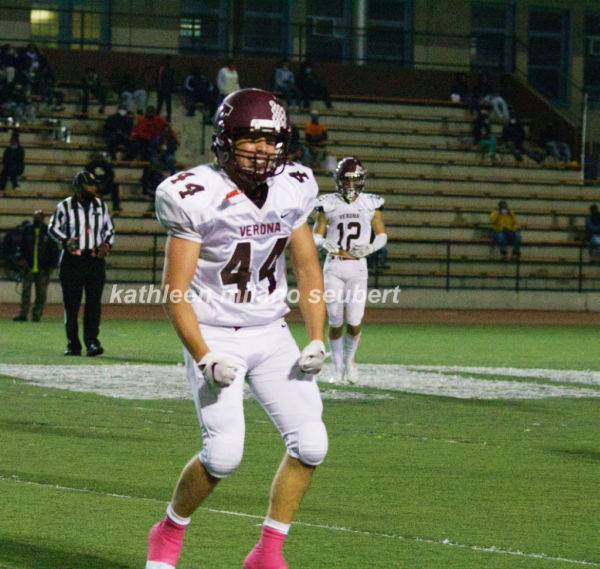