Mark Rossi And The Cardboard Students 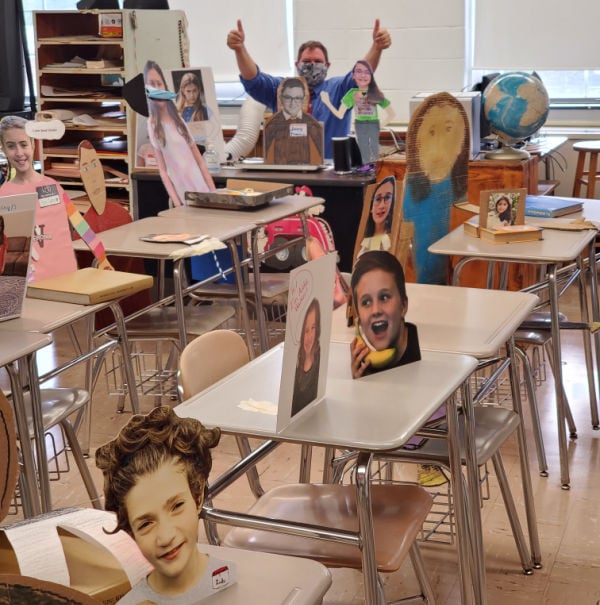 “I walked into the classroom this year and it just felt empty,” Mark Rossi says.

For more than a decade, Rossi has taught fifth grade at H.B. Whitehorne Middle School, so he knows what a full room of pre-teens feels like. “Each year it is filled up with each student’s personality, their wonder, their excitement and my favorite, their specific sense of humor,” he says. “Every single student is unique with many dimensions to them.” 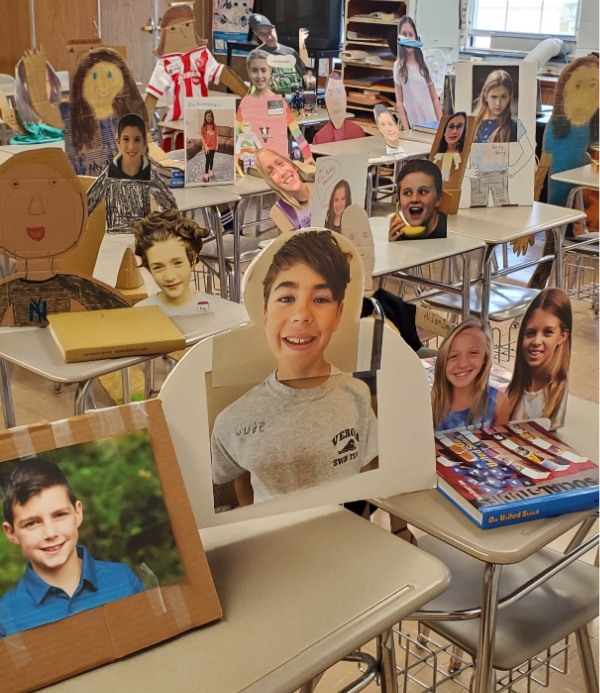 In the spring, when students were first sent home by the COVID-19 pandemic, Rossi and Verona’s other teachers had taught from home. In September, teachers had to report back into the classroom and, initially, students were to have been there too, in sharply limited numbers. But when the new windows that HBW was supposed to get thanks to the referendum failed to materialize on schedule, students had to stay home. Windows that could open were a key component of the plan to allow fresh air in to keep the virus at bay. Rossi would have to teach into his computer in front of an empty classroom.

So when students came by HBW earlier this month to pick up their books, Rossi asked them to bring him something in return: A likeness of themselves that he could put in their chairs until they could be back in them for real. They responded enthusiastically with life-size cardboard cut-outs, many of which had hands raised to ask their new teacher all the questions rolling around in their fifth grade heads.

“Having them create a three-dimensional self helps give me insight to their many facets and a better understanding of who they are as a person,” says Rossi, who has also coached freshman basketball at Verona High School and helped with the varsity track team. “The teachers and coaches in Verona that I work with, and all of those who ever mentored me, have taught me if you can relate to the student then 90% of your job is done.” 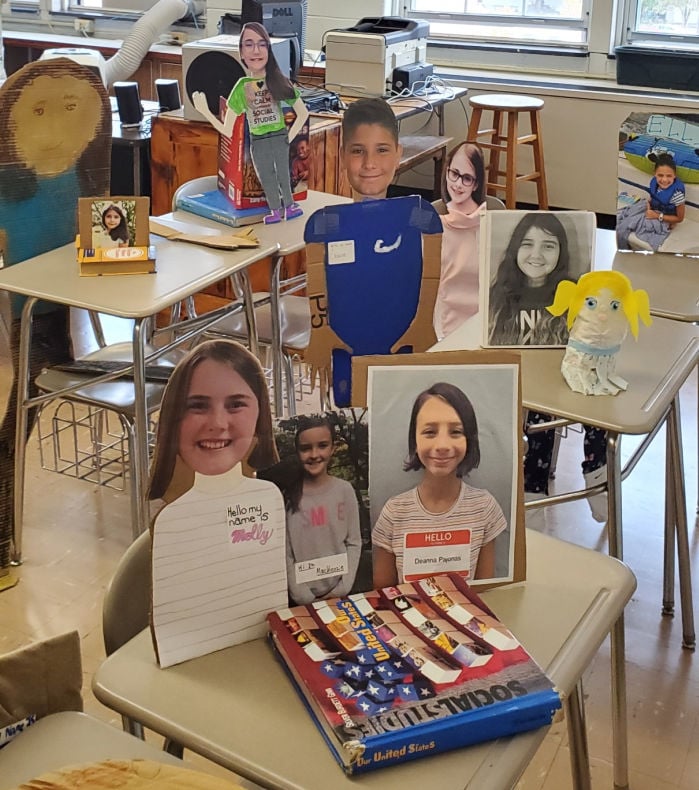 “Just stating facts or even just showing someone how to do something is not teaching,” Rossi adds. “Getting to understand how a student thinks, how they learn, and then motivating them to want to push themselves to learn more, that is teaching. Having them create a silly cardboard cutout to give me a better perspective on who they are will help me elicit more out of them. Well, we all hope. Plus, it is pretty hysterical.”

Rossi is thinking of ways to add to the chuckles. “I have the cut-outs facing me as I teach at the moment, but for the yearbook we may take pictures of them changing classes, at lunch tables, and taking phys ed and music,” he says. “My fellow teachers are pretty creative so I am excited to hear what they have in store. It also helps us bring some happiness to a pretty uncertain time in history.” 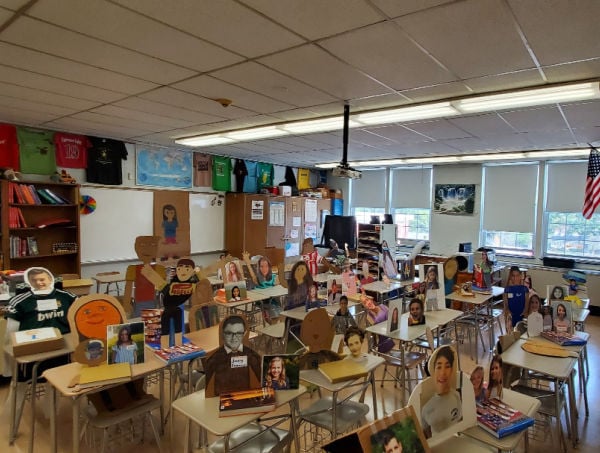