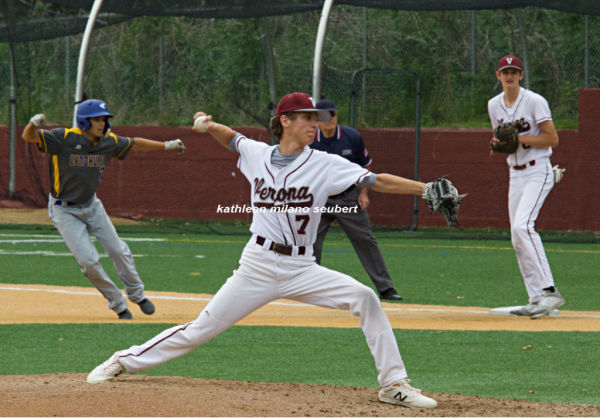 The Verona Hillbillies baseball team just got its second Division 1 commitment in the Class of 2021. On August 6, pitcher Kyle McCaffrey took to Instagram to announce his commitment to the University at Albany, joining teammate Pierce Coppola (Virginia) as the Hillbillies second D-1 commit.

“It’s always been a dream of mine since I was younger to play Division-1 baseball,” said McCaffrey. In his last full season on the mound in 2019, sophomore McCaffrey posted a 1.38 ERA over 39 innings pitched according to NJ.com. He also tallied 39 strikeouts in 2019.

“[Albany] is the best opportunity for me to travel around the country playing some of the best competition I could and have a great college experience as well,” he said.

Not only did the novel coronavirus cancel the spring baseball season, it also made recruiting difficult for players and schools. Normally, hundreds of schools attend showcase events every weekend in the summer to watch high school prospects compete. This summer, showcases like Perfect Game and Prep Baseball Report could only invite local schools to their New Jersey events. Out-of-state college scouts had to watch the prospects online through a live stream.

“My team had a trip planned down to Georgia that got canceled, a trip to Boston that got canceled,” said McCaffrey, who plays for Wladyka Baseball Club. These tournament cancelations made it increasingly difficult for him to get the exposure that top prospects usually get the summer after their junior year of high school.

“As the summer carried on, it got pretty stressful knowing this is the best I could do without [out-of-state schools] actually coming to watch me,” he said. So McCaffrey took matters into his own hands, sending video to different coaches through email and text. One of those schools being the University of Albany, which competes in the America East Conference. The Great Danes finished second in the conference in 2019.

“Me and my dad took a ride up [to Albany] just to walk around campus and get a better feel,”said McCaffrey. “I really felt comfortable there and it’s where I saw myself for the next four years.” 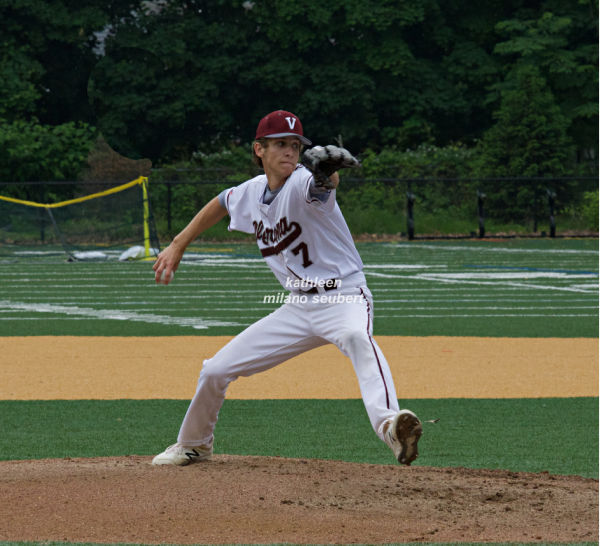