Getting a driver’s license has been a rite of passage for many adolescents across the country. COVID-19 has turned it into something like a hero’s journey. Just ask Sophia Villani, a rising Verona High School senior whose journey included three months of waiting and camping out overnight at the Motor Vehicle Commission (MVC) office in Wayne.

COVID-19 had closed all MVC offices on March 15, one month before Vilani was supposed to have taken her road test. They didn’t reopen for road tests until June 29 and when they did, road tests were scattered all over to reduce crowding. Villani took her test in a parking lot at Montclair State University instead of at the MVC in Wayne.

While confident in her driving abilities, Villani says that the road test did not accurately assess a new driver’s competence. “It was obvious that the driving test was just in place to make a dent in the massive backlog that the MVCs across the state have been dealing with regarding appointments,” she says. “I did not have to make stops or use turn signals, and just about everyone was able to pass.”

The road test is one of three steps to getting a driver’s license in New Jersey. Would-be drivers must first pass a high school driver education class or take a class with a licensed driving school to get a learner’s permit. Step two is six months of practice driving and the road test, which makes it possible to get a probationary license. A year after that, drivers can get a basic driver’s license.

The COVID-19 closure created a huge backlog in the road test step: Since MVC reopened on June 29, nearly 40,000 road tests have been administered. And while those who pass their road test usually go right into the MVC building with their paperwork to get their probationary license, they couldn’t do that this summer. MVC facilities didn’t re-open for in-person transactions such as new licenses and license renewals until July 7th.

Even before COVID-19, MVC facilities could have long lines for drivers who pass the road tests but then must present their six forms of identification, get their photo taken, and finally obtain a license card. Due to the backlog of appointments that had been cancelled since early March and the new drivers qualifying for licenses those lines grew even longer.

During the early hours of July 7, Villani trekked to the MVC facility in Wayne, thinking that she was early to arrive. After waiting in line for nine hours in the heat with hundreds of other people, and not receiving any guidance or assistance from employees, Villani was denied entrance only about 30 feet from entering the facility when it closed from the day.

“After waiting an entire day, a group of my friends and I planned to go back to the MVC at 3 a.m. on July 8 to try waiting in line yet again,” says Villani, “but we learned from social media and other friends that a line was already forming at the MVC at 10 p.m. the night before, so we headed straight over to camp out overnight.”

Villani and her friends slept overnight in the back of a car and took turns watching for the line to form yet again at sunrise. When it did, the crowd grew large quickly–along with the heat. The Wayne MVC was operating with a skeleton staff and was processing a fraction of its normal volume. Adding to the chaos: not everyone was wearing a mask, there was no available hand sanitizer, no food or water and a major lack of social distancing. Villani says some people faked injuries to try to advance a spot in line, while others even fainted from the intense summer heat.

“I have never seen anything more disorganized in my life, and in total, waited over 19 hours at the Wayne MVC to get my license,” says Villani. “There was one line for everything, which confused many people who were waiting online to process license registration and renewals, which can be done online. Not once did an employee come outside to communicate with the crowd and organize which centers were for vehicle registration and licenses.”

Eric McElroy, VHS’ health, physical education and driver’s education teacher, says that long lines at MVC have always been an issue, but he has never seen anything like what happened there this summer. McElroy, who has also been a senior instructor at Primo Driving School for over 10 years, says that the furlough of many MVC employees during the pandemic, combined with the closures for cleaning and quarantine, added to the backlog of appointments during the shutdown. The Wayne MVC had to close again on July 20, after an employee tested positive for the novel coronavirus. It reopened on Tuesday, July 28, after sanitizing the facility, and contacting all employees and customers who were in contact with that employee.

There have been changes at Primo too. While there is no way to be six feet apart in the front seat of a car, Primo Driving School is taking steps to keep everyone safe. Instructors and students must wear masks at all times while in the vehicle, and car windows must be opened at all times. Instructors must sanitize the vehicle between each lesson to prevent the risk of spreading disease. Students must also complete liability waivers prior to each driving lesson.

Still there is perhaps a silver lining. “As far as instruction, we have seen a big rise in requests for driving lessons and road tests,” McElroy says. “Since we did not conduct any lessons during the tail end of March and April, many young drivers are behind in the process of earning their learner’s permits.”

While many are no longer commuting to work, driving remains an important skill that many are still learning during the pandemic. Thousands of young drivers like Villani across the state will remember getting their license and how it affected their driving skills down the road. As the pandemic evolves, driving instructors and students alike are forced to think creatively and work together to discover ways to continue successful driver’s education and reduce hazards when it comes to licensure. 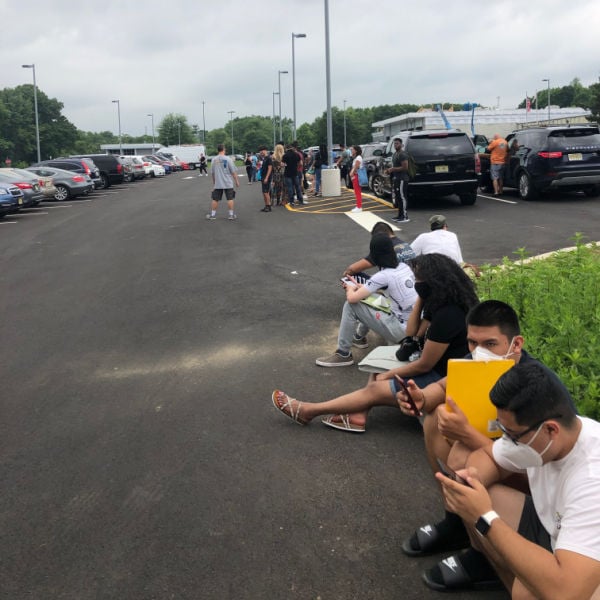