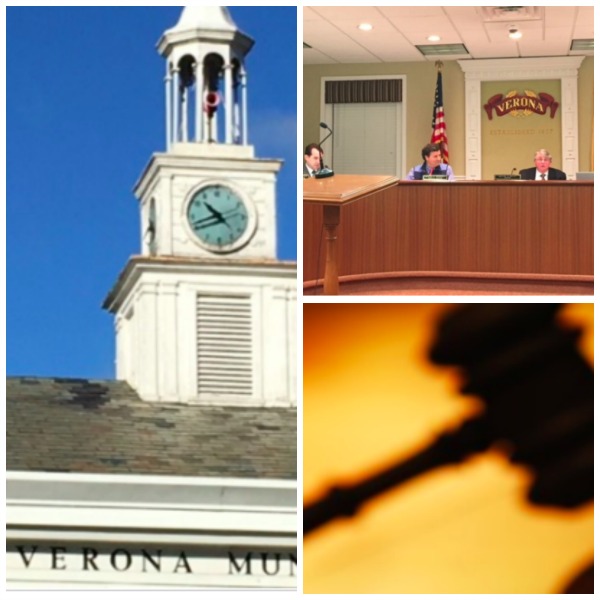 With the discussions around a medical marijuana dispensary closed, the Town Council focused its attention on Monday night on revisions to Verona’s rent control ordinance and the suspension of service by DeCamp Bus Lines.

The rent control work grew out of a landlord-tenant dispute last year at 800-810 Bloomfield Avenue where tenants asserted that the building owner was unlawfully disguising rent increases as parking and storage fees. The ordinance that was introduced on Monday would replace chapter 112 of Verona’s long-standing code on rent and would now apply to all two-family houses in town. It makes it clear that the term “rent” includes both the base rent for the unit and supplemental charges like parking and that rent may not increase by more than 5% from the previous rent during a 12-month period. Increases in the base rent in a new year are limited to the increase in the consumer price index for the period ending on October 31.

The new rent rules must be in force by October 1, and that deadline caused some difficulties for the ordinance’s introduction. After the ordinance was sent to Council members in their packets last Friday, the township attorney and town clerk made some changes it on Monday. Attorney Brian Aloia described the amendments as “de minimis,” but some Council members wanted to delay the vote to have more time to consider the measure. Ordinances must have 20 days to “cure” after approval, so delaying introduction to the last meeting in August with the adoption vote on September 10 would not have left enough time for the cure to happen. The Council finally decided to introduce the measure on Monday and the public comment and vote will be August 27.

The Council then moved on to a discussion of what, if anything, could be done about the DeCamp suspension, which went into effect on August 7. NJ Transit is honoring DeCamp tickets at its Willowbrook and West Belt transit center lots, as well as on the 199 bus that goes through Cedar Grove, but only through the end of the month. DeCamp temporarily suspended service at the start of the pandemic; it is not clear whether the current suspension is also temporary.

Deputy Mayor Alex Roman asked if Verona could look into reconsidering the train-station jitney that had been sought by former Councilman Michael Nochimson. At that time two years ago, Town Manager Matthew Cavallo had estimated annual operating costs at $100,000. Cavallo said Monday that he had already met with Caldwell Mayor John Kelly about finding a vendor to do a multi-town jitney because municipalities cannot legally operate such a service, but expressed reservations.

“These vendors that want to do a Jitney service are not looking to run on a purely commission pay-as-you-go service,” Cavallo said. “They want their money up front, and they don’t care how we make our money back.” Cavallo also cautioned that a jitney might not solve one of the nagging problems with DeCamp’s #33 run, which originated in Caldwell. “One of the complaints we get on DeCamp is that on certain days, by the time the bus gets to Verona it’s full. And we would probably we have the risk running the same issue with a smaller Jitney service.”

The Council also conceded that they did not have a grasp on how many Verona residents had been using DeCamp or would need an alternative since so many people are now working from home. They asked for DeCamp riders to reach out to them so they could establish such a count. In the meantime, Cavallo will be sending a letter to the state Department of Transportation asking for it to look into alternatives for Verona service.

You can watch the full meeting in the video below. The next Council meeting is Monday, August 27.

UPDATE: While Councilwoman Christine McGrath initiated the discussion on DeCamp, it was Deputy Mayor Alex Roman who raised the question about the jitney.

Previous article
Stay Off The Track Please
Next article
Robert “Bob” A. Davis, 85