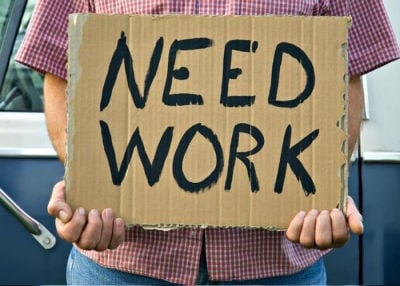 A $50 million share of New Jersey’s federal coronavirus-relief funding would be used to improve the state’s outdated system for processing unemployment benefits claims under a bipartisan measure that cleared a key legislative committee on Monday.

The bill was introduced earlier this year in direct response to major delays many out-of-work residents have faced when applying for unemployment benefits following the onset of the pandemic and the economic-shutdown orders that Gov. Phil Murphy issued.

Sponsors of the legislation say the federal funding would give the state Department of Labor and Workforce Development much-needed resources to upgrade its outdated technology and to hire extra workers.

“By providing them with federal funds, we could drastically improve their ability to process claims, allowing the unemployed to receive their benefits when they need them most,” said Sen. Nicholas Scutari (D-Union), a primary sponsor of the bill.

But as the bill to improve the state’s unemployment system is advancing in Trenton, it remains to be seen whether enhanced federal benefits that many residents received through the unemployment system up until late last month will be renewed by leaders in Washington, D.C.

At odds over unemployment benefits
The unemployment-benefits issue remains one of many over which President Donald Trump and the Congress remain at odds despite recent negotiating sessions. Trump over the weekend seemed to go in a new direction by proposing an extension of enhanced federal unemployment benefits through an executive order, but his plan would force states like New Jersey to pick up a share of the tab.

Gov. Phil Murphy on Monday called Trump’s executive plan — which would see the weekly federal benefit drop from $600 to $400 — “not workable.” The governor has previously endorsed coronavirus-relief legislation passed by the Democratic-controlled House that would sustain the $600 weekly benefit using only federal dollars through next year.

“States are going broke and millions of Americans are unemployed yet (Trump’s) solution called for states to create a new program we cannot afford and don’t know how to administer because of this uncertainty,” Murphy said during a media briefing in Trenton.

“I cannot sit here right now and say New Jersey could afford to participate in this program,” he said.

As of last week, more than $13 billion in combined state and federal unemployment benefits had been paid to New Jersey residents since mid-March through the state-administered unemployment system, according to the Department of Labor and Workforce Development.

Roughly 1.5 million workers in New Jersey have filed for unemployment benefits since mid-March, which is when the pandemic began to take hold in the state, triggering the shutdown orders from Murphy. New Jersey’s unemployment rate has also risen to a record high during the pandemic.

Meanwhile, New Jersey has had to turn to the federal government in recent weeks for a nearly $2 billion loan to help maintain the solvency of the fund that covers the state’s share of unemployment-benefits checks.

Out-of-date technology
During the worst weeks of the pandemic, the state’s unemployment system was overwhelmed, with out-of-work residents regularly complaining loudly, including about not being able to get through to anyone from the state to file a claim for state and federal benefits. While the problems were caused in part by the sheer volume of new claims, officials have also blamed decades-old claims-processing technology that had previously been identified as an area of concern that long went unaddressed.

Lawmakers said they initially assigned legislative staff to try and help their constituents to navigate the state’s troubled unemployment system but have since turned their attention to bolstering the system itself.

The bill that was passed unanimously on Monday by the Senate Labor Committee would allocate $50 million from New Jersey’s share of the $2.2 trillion federal Coronavirus Aid, Relief and Economic Security Act for improving the unemployment system.

In late June, lawmakers passed a three-month stopgap budget that included $4 million in new state funding to help address the system’s technology problems. The bipartisan bill calls for using more than ten times that amount from the state’s share of the CARES Act funding.

The federal funding could be used to pay for “information technology upgrades” and to cover “temporary personnel hiring,” according to the bill. Once signed into law, the measure would give state labor officials up to 20 days to come up with a plan to use the federal funding. And the unemployment-system improvements could be made whether enhanced federal benefits are extended or not.

“We must make this investment in our unemployment system now,” said Sen. Troy Singleton (D-Burlington), another primary sponsor of the bill. “The men and women of New Jersey have waited long enough.”