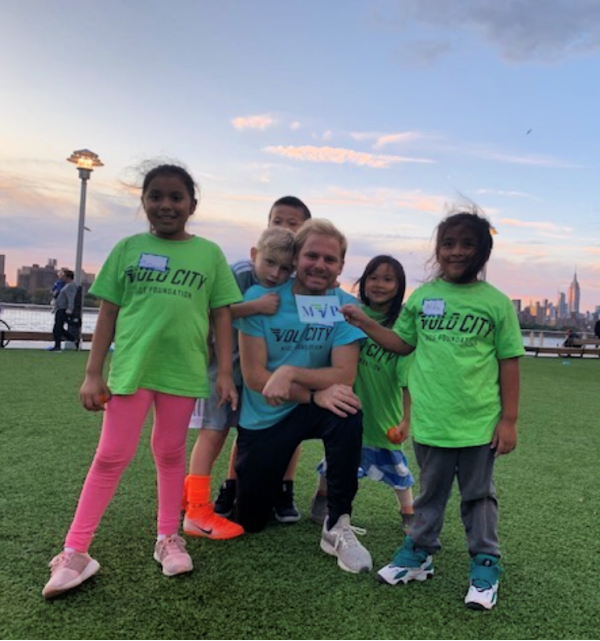 When we last caught up with Dave Lukas in 2015, the former Verona High School cross country and track star had just finished the New York City marathon in the top 2% of the 50,229 runner field.  It was a significant accomplishment, but Lukas is now working on a race that could be more important: A virtual 5K to fund a sports program for disadvantaged youth.

Lukas is the New York City program coordinator of the Volo Kids Foundation, a Baltimore-based non-profit that operates in six cities across the country. Before COVID-19 hit, Lukas created sports programs in the city’s Manhattan and Brooklyn parks and schools for kids ages six to 12 whose families were generally unable to pay for the other kinds of recreation that New York City offers. Lukas’ main program was basketball, but Volo Kids also offers soccer, volleyball, softball, flag football and even sailing at some of its other locations, all coached by volunteers. Lukas had hoped to expand his sports lineup to running.

If that sounds a bit like the world that Lukas grew up in in Verona, he would agree. “In Verona, we had a robust youth sports program,” he notes.

Now, everything that Lukas does has been scrambled, including what was to have been the big fundraiser to celebrate Volo Kids’ fifth anniversary. So the non-profit has just launched 5for5, a campaign to raise $50,000 through a virtual 5K. While that might imply running with a Zoom call screen open, the virtual race asks runners to pick any time during Volo Kids’ race week, August 24 to 28, and run or walk a 5K in the location of their choice, alone or with a socially distanced small group, and then submit their time. Like in-person races, the virtual race will let runners invite their fans to support their running with donations.

“With so many races being cancelled,” says Lukas, “virtual has become a big thing in the running community.” There will be recognition for the best individual time, the best team time and a category that Lukas calls “most creative.” Lukas has already reached out to Verona High School’s boys and girls cross-country teams and hopes they will be running too.

Volo Kids now serves 10,000 kids in all its cities and has a goal of raising that to 50,000 in the next five years. “It’s about giving every kid a chance to  be exposed to a sport,” Lukas says.

You can learn more about Volo Kids’ New York program here and register for the 5for5 here.