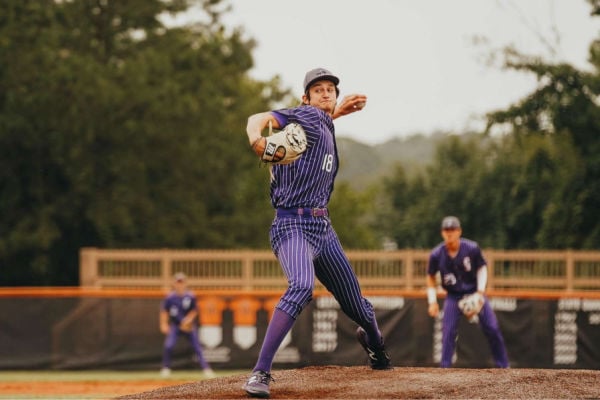 Pierce Coppola, a pitcher for Verona High School, was one of two New Jersey players selected for Perfect Game‘s 18th Annual All-American Classic, which will be held on Friday, September 4 in Oklahoma City. Perfect Game, founded in 1995 by former scout and college baseball coach Jerry Ford, is the largest, most comprehensive scouting report service in the United States.

Since the event’s inception in 2003, 228 of the players that have participated have gone on to become first-round draft picks in the MLB First-Year Amateur Player Draft. Nine of those players were selected with the first overall pick. In addition, 188 players that have participated have played in the Major Leagues including some of the game’s brightest stars.

Some of the game’s past participants include:

While in Oklahoma City the players will participate in a series of baseball related activities in addition to a visit to the Oklahoma City National Memorial, site of the April 19, 1995 bombing of the Alfred P. Murrah Federal Building. In the weeks leading up to the event, players will have the opportunity to participate in a fundraising effort to help support the Toby Keith Foundation’s OK Kids Korral, which benefits families with children battling cancer. This is a similar endeavor to previous fundraising efforts in San Diego where total donations over the years to Rady’s Children’s Hospital has surpassed $1 million.

Prior to the game, players will visit with children at the OK Kids Korral, for which they will help raise money leading up to the event. OK Kids Korral, a project of The Toby Keith Foundation, provides a cost-free, convenient, and comfortable home for pediatric cancer patients receiving treatment at The Children’s Hospital at OU Medical Center, Peggy & Charles Stephenson Cancer Center and other nearby facilities.

The 2020 Perfect Game All-American Classic will be streamed live on PerfectGame.TV. For more information, visit www.perfectgame.org.