Diversity In The School Libraries 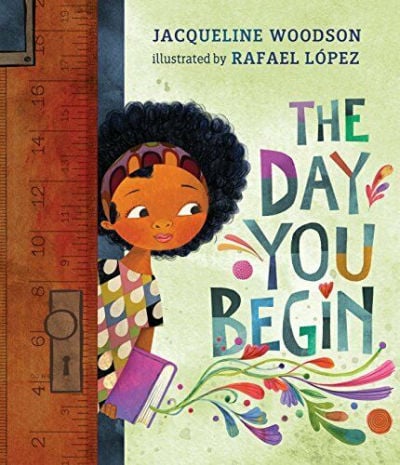 “It is important for all of our students to see themselves in the books we read,” says Corisa Walker, the librarian at Brookdale Avenue and F.N. Brown elementary schools. “Books need to be reflective of the diverse world we live in. It’s particularly important in a town like Verona for students to see characters that are different than themselves and it is crucial that the characters they see in these books are not misappropriated. It is critical that we share these books year round. Black History Month should not be the first time a student learns the story of a Black American or sees a Black character in a book.”

Race and diversity are being addressed in all Verona school libraries and their associated reading programs and lists. Walker’s favorite books on Black lives are “On the Day You Begin” and “The Other Side,” both by Jacqueline Woodson, and “Let the Children March” by Monica Clark-Robinson, a picture book about how children impacted the Civil Rights movement. She also recommends “Counting on Katherine” by Helaine Becker, a children’s biography about Katherine Johnson, the NASA mathematician whose calculations on orbits were critical to U.S. space flights and also featured in the movie “Hidden Figures.” “Matt DeLa Pena and Christian Robinson are an author/illustrator duo with incredible books like ‘Last Stop on Market Street’ and ‘Carmela Full of Wishes’,” Walker adds. “ ‘I Am Enough’ by Grace Byers is another great book.”

In fifth grade at HBW, students in book clubs read “New Kid” by Jerry Craft. This award-winning graphic novel tells the story of Jordan Banks, a Black middle schooler who is a new student at a predominantly white private school. In sixth grade, many students read “Ghost” by Jason Reynolds as part of the Battle of the Books program. Reynolds is currently the National Ambassador for Young People’s Literature. “All students in sixth grade did an author study on Reynolds,” says Jennifer Kleinknecht, the middle school librarian. In seventh and eighth grade, popular books by Black authors include “The Crossover” by Kwame Alexander, and “Hush” by Jacqueline Woodson. Kleinknecht also highlighted social justice titles in her summer reading book talks, which she held through Google Meets for rising 5th, 6th and 7th graders.

When Elissa Malespina was tapped to head the VHS library last year, she did a diversity audit of the collection and then further diversified its collection. She purchased fiction, non-fiction and graphic novels and plans on buying more in the future. And when she created book displays for the library, Malespina says she made sure that they represented a diverse range of races, sexualities, genders and cultures. “I have always believed in the idea that a library’s collection needs to mirror not only the races of the community it serves but also the global community,” she says.

Malespina says the VHS library has most of the books recommended on the How to be Anti-Racist Booklist and she plans to purchase the rest. VHS also has “Daring To Be Different,” the book mentioned in Marwa Elassawy’s racial justice petition. Written by the late Verona resident Kurt Landsberger, it is a look back at Verona’s short-lived experiment in busing students from Newark during the 1968-1969 school year. Last year, Steven Schels, Verona’s supervisor of humanities, invited the central figure in the book, former Board of Education President Hilda Jaffe, to speak to history classes at HBW and VHS.

For more about how race is addressed in Verona’s public school curriculum, see “Race And Verona’s Curriculum.” Many of the books mentioned by the school librarians are available in the Verona Public Library and, when it resumes, its PALSPlus book-lending consortium.