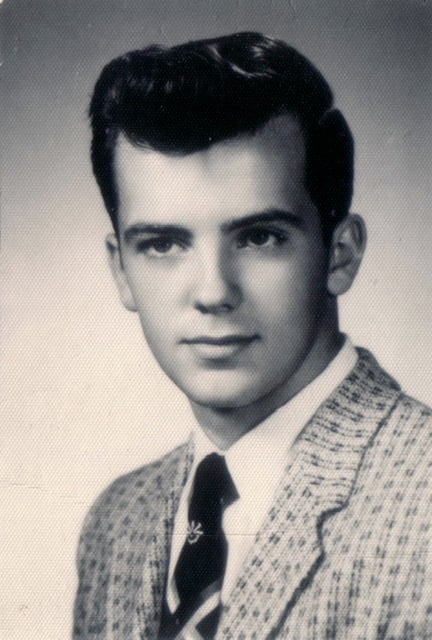 Richard Paul Aloia of Verona died at the age of 77 on Sunday, July 5, 2020 at the NewYork-Presbyterian/Columbia University Irving Medical Center in Manhattan. Stricken with advanced pulmonary fibrosis, Mr. Aloia had received a life-saving lung transplant there in January.

Mr. Aloia was born on November 12, 1942 in Plainfield, N.J. His mother, Veronica (Buckley) Aloia, was a registered nurse; his father, Joseph Aloia, worked for the telephone company. Along with a brother and sister, Mr. Aloia was raised on Newman Avenue in Verona. He graduated from Laning Avenue Elementary School, Verona High School, and attended Monmouth University.

For the 30 years prior to his retirement, Mr. Aloia was employed at Mercedes-Benz of Morristown, previously known as Powers Motor Company. As a young man, Mr. Aloia was a member of the United States Army Reserve. His gear was eventually surrendered to his growing sons who prized it as fodder for playtime. Mr. Aloia developed an interest in antiques long before they became discoverable online. He searched for them by taking scenic drives with his family, playfully testing their mettle by shouting “Tighten your seat-belts!” over dilapidated bridges, and fluttering their stomachs—often filled with soda and snacks—while accelerating over slopes. After training at the Mendenhall School of Auctioneering in High Point, N.C., Mr. Aloia moonlighted as an auctioneer at the Old Feed Mill Auction Center in Boonton.

Mr. Aloia settled his family in Denville and then Roseland, returning with his wife to live in Verona a decade ago. He was passionately involved with community affairs, regularly attending township events and council meetings. But Mr. Aloia’s greatest passion was his family—he lived for them; his home is decorated with their photographs and artwork, particularly those of his granddaughters, who called him “Poppy,” and encouraged his recovery with impromptu flute and piano recitals broadcast to his hospital bed via video-call. A week before Mr. Aloia’s death, their final program concluded with two of his favorite selections: “Aardvark Boogie” and “The Phantom of the Opera.”

On July 9, 2020, a private funeral mass was held at Our Lady of the Lake in Verona, where Mr. Aloia received his confirmation in May 1955. Mr. Aloia was buried atop a small hill beneath the shade of hardwood trees at Prospect Hill Cemetery in Caldwell.

Condolences may be left at www.facebook.com/dee.aloia or www.proutfuneralhome.com. In memory of Mr. Aloia, his family suggests making a donation in his name to the Verona Rescue Squad at www.veronars.org, and becoming an organ donor by indicating so on your driver’s license, visiting www.organdonor.gov, and letting relatives know your wish.

To the medical professionals, transplant team, and most especially the family and donor of the lung that extended Richard’s life for so many precious moments: Thank you.

Previous articleSuperintendent’s Corner: The Way Forward
Next articleHow Do You Love Your Country?