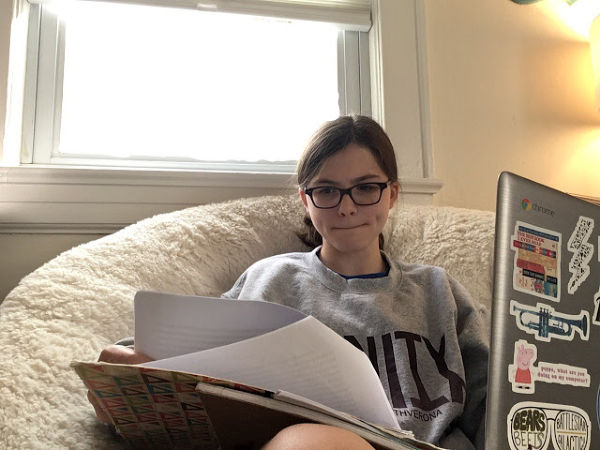 Competing in National History Day is a big part of every year for history students at H.B. Whitehorne Middle School and that included this year. As the school year ended, HBW was notified that eighth grader Grace McMahan qualified for the National Competition of National History Day for her paper on Belva Lockwood, the first American woman to run for president and argue in front of the Supreme Court. According to McMahan’s teacher, Maggie Manning, it’s quite an honor because only about 1% of the approximating 500,000 participants in National History Day nationwide eventually qualify.

Haven’t heard of Lockwood? That’s because she was a bit before our time. Lockwood was born in 1830 and ran for president in 1884, before women even had the right to vote. She graduated from law school, but had had to petition President Ulysses S. Grant to get the National University Law School in Washington, D.C. to release her diploma. She then lobbied Congress to pass a law so that women could argue in federal court. It did, and in 1880, Lockwood became the first woman to argue in the Supreme Court. But McMahan notes in her paper that it was not until 1911 that another woman made a similar appearance before the court.

“Today, the impact of her actions is still felt,” McMahan wrote. “Throughout the last two centuries, women lawyers have become more prevalent because of Lockwood’s monumental efforts to break gender roles in law. Marlene Trestman says that, ‘as of the close of 2016, a total of 726 women have presented arguments at the Supreme Court 1,430 times’.”

This year, the National History Day competitions were all digital because of the pandemic, so students submitted their projects and received judge feedback entirely online. You can read McMahan’s paper, “Rebel In A Dress: How Belva Lockwood Made The Case For Women’s Rights,” here.

National History Day is an annual competition–and an an eighth grade social studies elective at HBW–that involves regional and state events. Working within a yearly theme, the students select a topic and do extensive research on it. This year’s theme was “Breaking Barriers.” As part of their work on the topic, Manning’s students invited Hilda Jaffe to the school last December to speak about her role in breaking down barriers to equal education through Verona’s “Sharing Plan” 50 years ago.