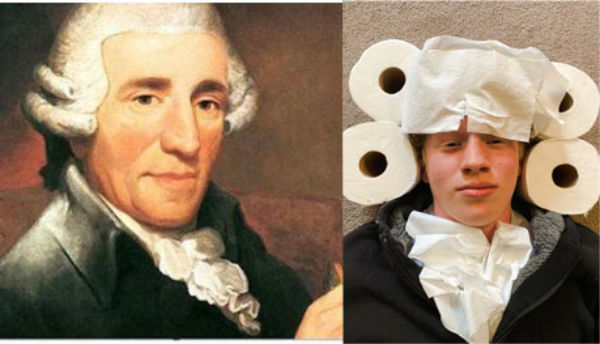 In late March, when people no longer could come to visit its collection in person because of the COVID-19 pandemic, J. Paul Getty Museum in Los Angeles issued a challenge: Recreate a piece of art from its collection using just three objects that you have at home. Thousands of people all over the world took on the Getty Museum Challenge, including the Digital Photography I, Digital Photography II, and Image Development classes at Verona High School.

Chrissy Sciacchitano, who teaches the three classes, asked her students to submit three ideas that they thought they would be able to recreate at home with what they had. “It was their choice which one of the three they recreated and from there it was a surprise for me,” Sciacchitano said. “I think many of the students are still undecided if art school would be for them, this assignment was more to alleviate stress and anxiety and just have some fun.” 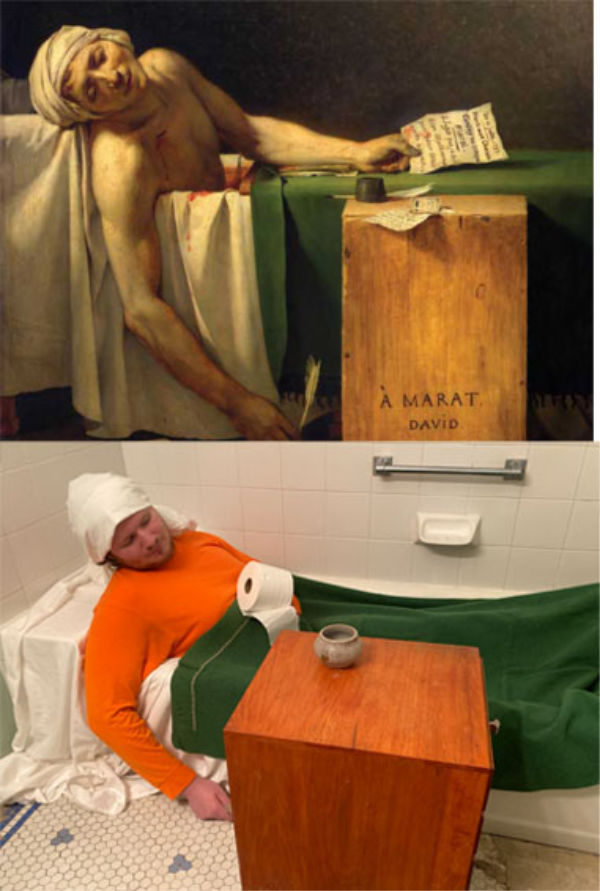 Some of the art created was based on the Getty’s collection, which ranges from painting and drawings to sculpture. But some students picked works from other museums. Grant Wood’s iconic “American Gothic” is owned by the Art Institute of Chicago, while “The Death Of Marat,” Jacque-Louis David’s painting (above) of a murdered leader of the French Revolution, is at the Royal Museums of Fine Arts in Brussels, Belgium. And you might expect of a creative exercise during a global health crisis, toilet paper and cleaning supplies took center stage in more than a few of the pieces.

“I think the kids did an amazing job,” says Sciacchitano. “I was very impressed with all of their creativity.  I miss them all very much and can not wait to get back into the classroom.” 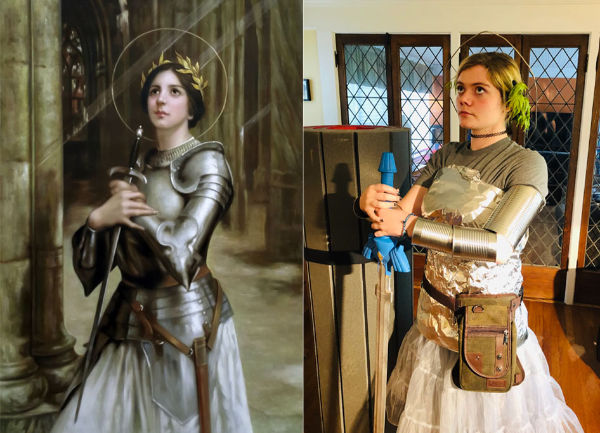