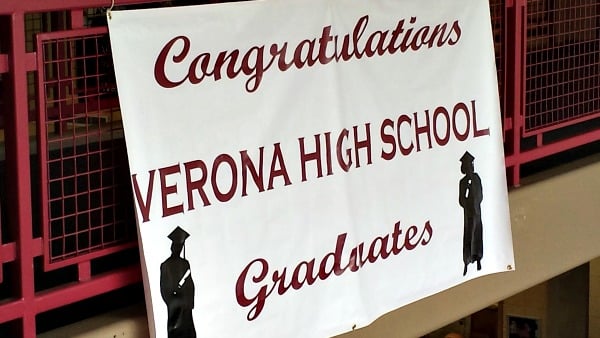 Today, Gov. Phil Murphy announced on Twitter and Instagram that New Jersey schools will be able to hold outdoor graduation ceremonies as of July 6, but they must comply with social distancing rules.

What that means for an in-person graduation at Verona High School is unclear. Superintendent Dr. Rui Dionisio said at the Board of Education meeting tonight that the New Jersey Department of Education has not yet issued guidelines for outdoor ceremonies. “We are anxiously awaiting what that looks like,” he said. Last week, Gov. Murphy signed an executive order that increased the limit on outdoor gatherings from 10 to 25 people, but the VHS Class of 2020 has 185 students.

“We will be planning for a ceremony some time this summer once we see what the parameters are,” Dionisio added.

In the meantime, VHS is moving ahead with the plans for a virtual, pre-recorded graduation that it announced earlier this month. In letters sent to parents after it was released, Dionisio had said that a more traditional graduation was still a possibility. No plans had yet been announced for the 4th and 8th grade moving up ceremonies.

Tomorrow, VHS will begin videotaping seniors, by appointment, on the upper field at VHS receiving their diploma with four family members. The taping will continue through June 3. The video presentation will include the announcement of each graduate’s name over the loudspeaker and then students will deliver a brief message to their fellow graduates and parents and guardians can add a message of their own. Each senior will also be recorded turning his or her tassel and throwing a cap in the air, which the video will then present as if students had all been together. The video will be played on YouTube on June 19 at the same time that the in-person ceremony would have taken place at Caldwell University.