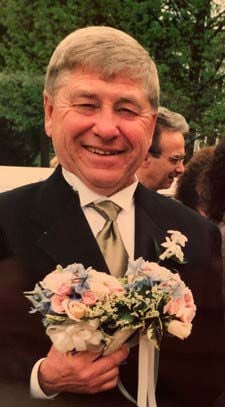 Private services were held. A Memorial Mass celebrating his life will be held in St. Aloysius Church, Caldwell once restrictions are lifted. (Condolences can be left at www.proutfuneralhome.com)

Born in Peckville, Pa., he served in the U.S. Air Force and earned a bachelor of science degree in ornamental horticulture from the University of Tennessee. He received his master of science in environmental science and urban planning from Rutgers University and held the title of professor emeritus at Rutgers.

Jack began his career as the Essex County Agricultural Agent at Rutgers Cooperative Extension in 1963, a time of great change and development in the North Jersey agriculture industry. Jack assisted commercial vegetable growers in Bergen, Essex, Morris and Passaic counties in changes to their production methods to maximize resources.

As chairman of the Department of Agricultural and Resource Management Agents at Rutgers’ Cook College, Jack developed the Master Gardener Program for Northeastern New Jersey. He organized leaf composting and groundwater education programs for community leaders. He made changes in the Newark Urban Gardening Program to increase the efficiency and provide a more effective educational delivery system for the federally and state-funded urban projects. Under his direction, in 1988 this program was chosen for the Take Pride in America Award. Jack accepted the award from then-President Ronald Reagan at a ceremony on the White House lawn.

As chairman he was responsible for providing program leadership and staff development for 57 agents and program associates in 20 New Jersey counties.

For his 51 years of service to teaching, advising and improving New Jersey agriculture, Jack received the 2015 New Jersey State Board of Agriculture’s Distinguished Service to Agriculture Award.

In 1982 Jack and his wife Mary Anne assumed ownership of Pine Florist in Verona, where he could be found working in the greenhouses, offering advice and helping the novice gardener as well the veteran horticulturist.

Unfortunately, Mary Anne passed away just as their children were reaching adulthood. Jack was blessed to find Helen and eventually remarried.

Throughout Jack’s life, family was of utmost importance to him. He looked forward to holiday gatherings and watching his grandchildren at sporting events, musicals, plays and other happenings. Some of his most cherished times were spent with them in Lake Placid. Almost everyone who knew him, especially in his later years, were regaled with stories of the wonderful New Year celebrations spent with his children and grandchildren at the Mirror Lake Inn.

An avid Red Sox fan, Jack was thrilled to finally be able to watch the Sox on television nearly every evening of the baseball season. Their 2018 Championship Season kept him mentally active and entertained as his disease began to get the best of him.

Active locally, Jack was involved with the West Caldwell Environmental Commission, where last August he was honored by having the West Caldwell Community Gardens named after him, the nominating committee of the Hudson Essex Passaic Soil Conservation District, West Essex Handicap Horseshoe Pitching Club, and early on as a basketball coach for the Caldwell-West Caldwell boy’s leagues. He also coached the girl’s team at St. Aloysius Parish, where he was a long-time, devoted member.

Jack was predeceased by his wife, Mary Anne Delane Kupcho in 1988, his parents, Benedict and Helen Grippe Kupcho, and brothers Ben Kupcho and Ed Kupcho.