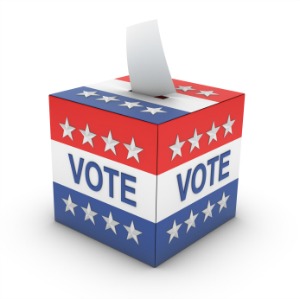 Last month, New Jersey postponed its presidential primary to July 7 from June 2 because of the pandemic. Last week, Gov. Phil Murphy announced that the state would offer expanded vote by mail for this primary. There will also still be some places to vote in person. Here’s what’s happening:

Under the executive order, county clerks will automatically send vote-by-mail ballots to all registered Democrats and Republicans who have been active voters. If you have not been an active voter or are registered as unaffiliated, you will get an application to get a vote-by-mail ballot. You will also get an envelope to return what you are sent, with pre-paid postage. If you do not want to mail in your completed ballot or application, there will be at least five secure drop boxes in every county. The Essex County Clerk has not yet posted the drop box locations in our county.

Your ballot must postmarked on or before July 7 or received by July 14 at 8 p.m. to be counted. That could mean that it will take longer for us to know the results of any contested races around the state,

If you do not want to vote by mail, there will be an option to vote in person. The state order requires every New Jersey town to have at least one in-person polling place. Towns have to make their polling place known by June 15, and Verona has not yet made its decision. The normal polling locations in Verona ballots are the elementary schools, H.B. Whitehorne Middle School and Verona High School, as well as the Claridge 2 condominium building for Claridge residents only. But if you opt to vote in person, your vote will initially be recorded as a provisional ballot. As in times of normal voting, provisional ballots are not counted at a polling location. Instead, they are sent to the county Board of Election for counting.

Essex County Clerk Christopher Durkin recently participated in an information session with the advocacy group NJ 11th For Change about voting by mail. You can watch the video of that below. New Jersey’s Voter Bill of Rights, with additional information on voting rules, can be found here.