A Month Of COVID-19 In Verona

Hello and welcome back! April is over, and as promised, I will summarize the major data seen in Verona and its surrounding towns regarding COVID-19, as well as compare Verona’s caseload to the rest of the U.S., Italy and China.

Throughout the last four weeks, we have also looked at Newark, a city of particular concern for those tracking COVID-19 in Essex County. Newark started April with a cumulative total of 744 positive cases. It finished the month with a cumulative of 5,511, representing a 640% increase, which is more than double Verona’s percentage increase over the same time period. In terms of positive cases per 1,000 residents, Newark started April with a ratio of 2.685 and finished it with a ratio of 19.885.

With the above numbers in mind, I want to try to situate Verona in terms of other locations both domestically and internationally. Figure 2 is supplied to us by the Centers for Disease Control (CDC), which shows the cumulative number of positive cases of COVID-19 in the United States. The red bars mark April 1 and April 30. On April 1, according to the CDC, there were 186,101 cases of COVID-19 in the U.S.. On April 30, the CDC reported 1,031,659 cases. Rounding the U.S. population to 382 million, the ratio of positive cases per 1,000 residents on April 1 was 0.487. On April 30, this ratio is 2.7.

Lastly, Figure 4, also generated by Statista.com, shows China’s reported cumulative cases over time. As can be seen by the graph, China’s growth in the number of positive cases started to increase dramatically around January 25. According to the graph, the number of cases began to level off around March 1, and since has been slightly increasing, but at a much slower rate than before. On April 1, China had 82,300 positive cases, and on April 30, this number increased to 83,900. According to the presented graph, some would argue that China has flattened the curve. I am not a professional epidemiologist, nor a professional reporter on the topic. I am just here to present the numbers. I will let you all make your own judgments about the data on China. Using China’s population of 1.4 billion, China had a ratio of 0.059 cases per 1,000 on April 1 and a ratio of 0.060 per 1,000 on April 30.

While I have shied away from focusing on the deaths of COVID-19, I cannot neglect them, because it is a reality of the situation. As of today (May 4), Essex County reported 1,288 deaths. New Jersey’s death toll is up to 7,910, as reported by the state Department of Health. The United States is at 38,576 provisional deaths, according to the CDC, and more than 67,000 according to a count maintained by The Washington Post. The CDC defines provisional death counts as those deaths reported on death certificates and coded by the National Center for Health Statistics. Due to the amount of time it takes for these records to be processed and coded, the number might appear lower than other sources.  Data is reported and recorded differently by many different agencies and sources. When looking at numbers, make sure to read how the data is collected, when the data was collected, and what defining characteristics that data encompasses.

Hopefully this report goes to put some of the numbers into perspective. Overall, I still believe Verona is faring quite well compared to our surroundings. One thing to remember though is that as the weather begins to warm up and restrictions begin to be lifted (if they do): be mindful of your surroundings and who you come into contact with. Even if you are not infected or are asymptomatic does not mean you will not catch it or spread it. I truly believe that until a vaccine is developed we must act with caution. Remember, in the fall of 1918, a second wave of the Spanish Flu came back and proved even more deadly than the Spring wave. Still enjoy the outdoors, just do so with caution. The last thing any of us want is to have to relive quarantine in the fall.

Also, just a note about the Covid-19 in Verona series: Because my finals at the University of Southern California
begin this week, I will be stepping aside from these reports until May 15. In the meantime, MyVeronaNJ is still committed to informing its readers of any important developments regarding COVID-19. Thank you for following along with me and the series for the last month. 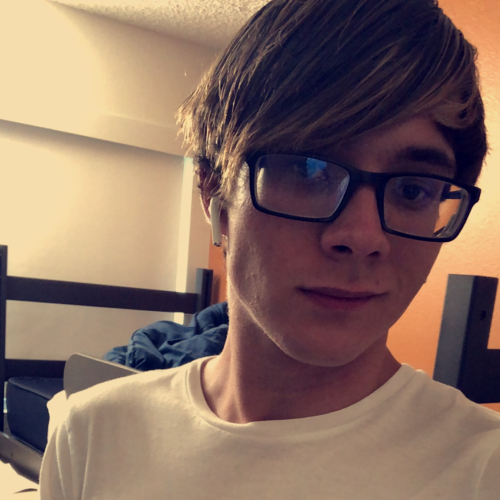