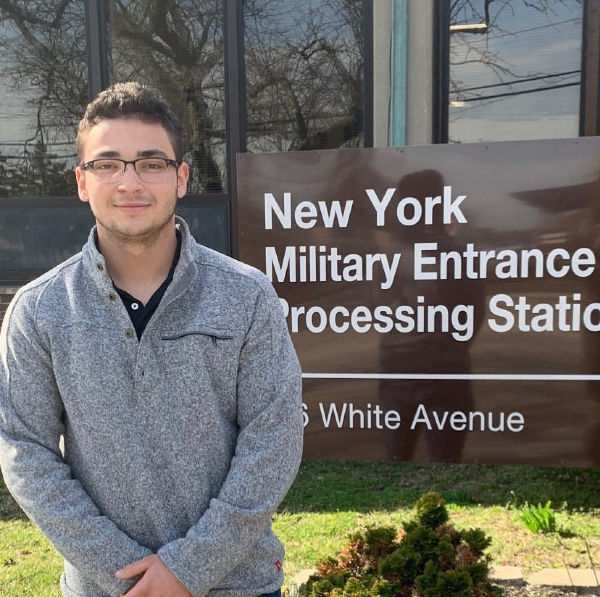 Derwent Avenue has seen a birthday parade or two since the outbreak of the novel coronavirus COVID-19, but on Saturday it had a procession of a higher order: Friends and neighbors drove down the street to salute Shea Herko, who reports for basic training in the U.S. Army tomorrow.

Herko graduated Verona High School with the class of 2018 and served on the Verona Fire Department as a high school student. But service of a higher order tugged at him, even after he went off to college.

“I have always had a keen interest in joining the military and serving my country,” Herko says. “My grandpa was an Airborne MP and a very inspirational figure in my life who I always admired and had the desire to follow in his footsteps in joining the Army. I ended up going to college instead and, after a year and a half, realized it was not the path for me. I felt as though I had a greater purpose so I decided to put my education on hold and pursue a military career, which will hopefully lead to law enforcement opportunities in the future.”

Herko enlisted on March 11, securing a place as an infantryman (11x). He was originally scheduled to ship to basic training at Fort Benning, Georgia, on April 6, but the pandemic pushed that back to May 4, giving the neighbors plenty of time for their surprise.

Shea Herko, VHS ‘18, leaves for basic training tomorrow. So his friends and neighbors gave him a send-off parade yesterday. pic.twitter.com/y9GofCDSQy

Previous article
Doors Of Verona: May 3
Next article
Murphy To Announce Today Whether Schools Will Be Closed Through End of Year