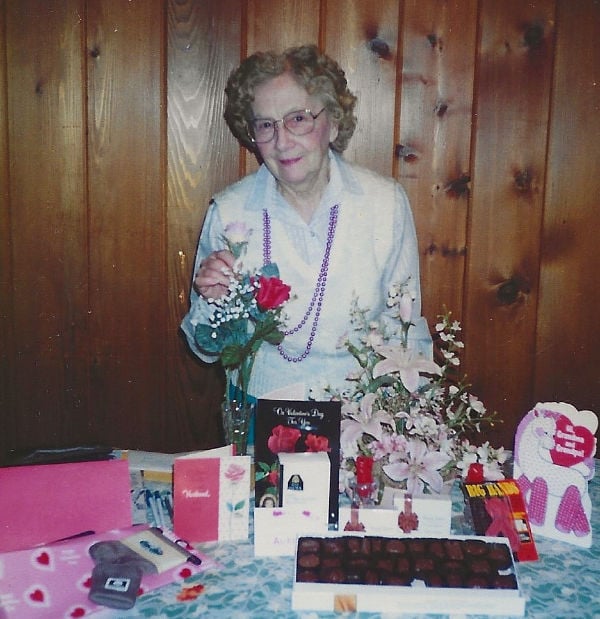 Mrs. Marietta F. (nee Brunet) Flynn, 97, died on April 3, 2020 in Ellisville, Mo., just three days shy of her 98th birthday. A memorial funeral mass will be held at a later date. Condolences may be left at proutfuneralhome.com.

Born in Port Daniel, Quebec, Mrs. Flynn lived in East Orange before moving to Verona in 1959. In 2018, she moved to Ellisville.

Mrs. Flynn worked as a bookkeeper for L. Bamberger in Newark until 1957. She was very active in the Verona community, serving as class mother at F.N. Brown School, as Den Mother of Cub Scout Pack 5 and as a volunteer in the Verona High School kitchen. Mrs. Flynn was also an active member of F.N. Brown’s Home School Association and Our Lady of the Lake Church’s Rosary Society.

She was the beloved daughter of the late Joseph Omer and Ida May Brunet and was predeceased by her loving husband of 50 years, J. Edward Flynn and siblings, June Wormington, Elise Houseman, Daphne Sabourin, Roberta Brunet and Darcy Brunet.

In lieu of flowers, donations to the Our Lady of the Lake Endowment Fund (22 Lakeside Avenue, Verona, NJ 07044) would be appreciated.