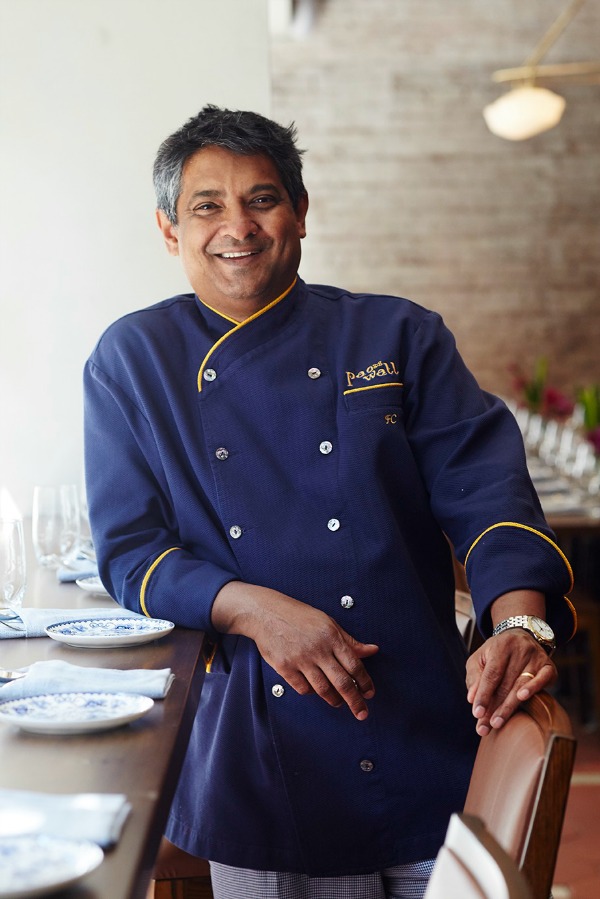 Whatever your connection to Floyd Cardoz was, you know by now that he passed away today from the novel coronavirus COVID-19. Cardoz was 59, and leaves behind his wife Barkha, sons Peter and Justin, and a very big hole in the world’s reserves of compassion.

Cardoz lived in Verona for almost two decades before recently moving to Roseland, inspired to consider our town as a home for his family in part by one of his co-workers at Lespinasse, Rosemary Citrano Gabbe. “Floyd Cardoz you were such an inspiration in the kitchen!,” she wrote on her Facebook page today. “I will always be so grateful for the culinary knowledge you bestowed upon me. You were a good generous man, so willing to give of your talent & treasure in life. I’m glad to have shared a bit of this journey with you but you will be missed so very much.”

Cardoz, who was born in Mumbai, India, was adamant about cooking with the seasons, and planted a garden in his Verona backyard to make sure that he was in sync with the harvests here. He was bold enough to try to grow the tough stuff, like asparagus. When MyVeronaNJ added a food section in the spring of 2010, one of the first recipes we featured was Cardoz’ South Indian Stir-Fried Asparagus. Though Cardoz was, by that time, well-accustomed to presenting his cooking to the professional TV cameras of Manhattan, he graciously welcomed me and a rickety Flip video camera to his kitchen at Tabla.

Cardoz excelled at creating fine dining. The remembrances today from top chefs around the world make that clear. But also loved Indian street food: If you followed Cardoz on Twitter, you know he relished discovering street food vendors and sharing these finds more than any fancy eatery. When he cooked for the HBW lunch in 2011, right after winning “Top Chef Masters”, he made a dish usually found on Mumbai food carts, Chicken Frankies.

His appearance at HBW wasn’t Cardoz’ only act of generosity around here. He was deeply involved with Saint Peter’s Prep, the high school his sons attended. And in 2017, Cardoz partnered with Duarte, Amanda Freitag and Carmen Quagliata on a dinner at AKB that raised $40,000 for the American Foundation for Suicide Prevention.

“I’ve spent the whole day with a broken heart, trying to wrap my head around the fact that my friend is gone,” wrote Quagliata, a Verona resident who had worked with Cardoz in Manhattan. “I will miss you Floyd.”

“Thank you for the laughs, the advice, the votes of confidence in the difficult times and challenging me during the best of times,” he added. “I love that when we talked ‘shop’ it ended up being about what we cooked for our families. I love that we bragged about the vegetables we plucked from our little Verona gardens. I love that we helped each other help other people. I loved cooking with you. These memories will always be with me.”

“Rest in peace,” Duarte wrote today on a photo of him from that dinner. We wish we didn’t have to say that so soon. 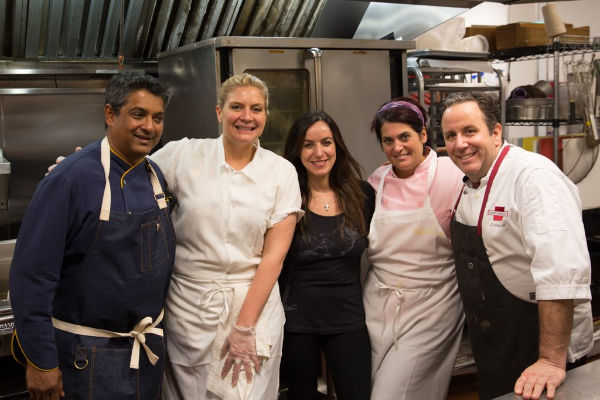