Verona Man Arrested For Having More Than 1,000 Sexually Explicit Images Of Children 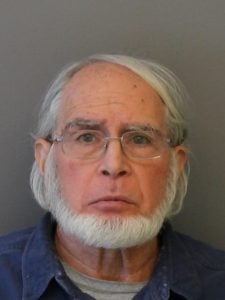 Acting Essex County Prosecutor Theodore N. Stephens, II, and Verona Police Chief Christopher Kiernan announced today that Paul J. Bonelli, 76, of Verona, has been arrested and charged with second degree endangering the welfare of a child for possessing more than 1,000 items depicting the sexual abuse and exploitation of children.

Following an investigation into a tip received from the National Center for Missing and Exploited Children, members of the Essex County Prosecutor’s Office Special Victims Unit, Verona Police Department, New Jersey State Police, and Homeland Security Investigations executed a search warrant at Bonelli’s residence in Verona. Devices and digital storage media were seized from his home for forensic examination and analysis.

Bonelli was identified during an investigation into the possession and distribution of images and videos depicting the sexual exploitation and abuse of children online initiated by the Essex County Prosecutor’s Office Internet Crimes Against Children Task Force. The Verona Police Department is also member of the Task Force.

These are accusations. All defendants are presumed innocent unless and until they enter a guilty plea or are found guilty beyond a reasonable doubt in a court of law.