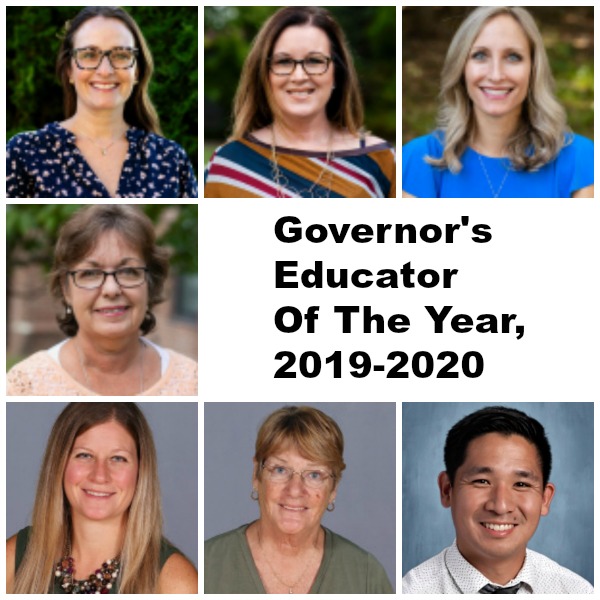 Verona began the process for selecting the honorees last December. A Google nomination form was sent to each school’s staff and parent community. After collecting the completed nomination forms, each building principal created a diverse panel that assisted with the selection process that ultimately led to the selection of the teacher of the year, and if nominated, an educational service professional of the year for each school.

Corisa Walker is the librarian at Brookdale and F.N. Brown elementary schools and has spent eight of her 20 years as an educator in Verona. She is the chairperson of the One District, One Book program, a member of the strategic plan and action committees for culture and climate, the lead coordinator of the makerspace and design thinking initiative and was a 2016 recipient of the “Inspiring Excellence” award from the Verona Foundation For Educational Excellence (VFEE).

Megan Pellegrino is a third grade teacher at F.N. Brown and has spent 22 years in Verona. She is part of the Google Apps for Education leadership team, as well as the conflict resolution and peer mediation training, and was a 2015 recipient of VFEE’s “Inspiring Excellence” award.

Tatiana Fella is a first grade teacher at Forest Avenue, with 18 years of serving Verona. She holds Orton Gillingham Teacher Certification, and is part of the district’s conflict resolution and peer mediation training, and was a 2019 VFEE’s honoree.

Linda Wangner is a special education teacher at Laning who has spent 15 years of her 24-year career in Verona. She is also a Wilson Language-certified educator, and is also certified in Wilson Fundations, a multisensory, structured language program, as well as Lindamood Bell learning processes.

Meredith Bielen is an 8th grade special education teacher, based in H.B. Whitehorne’s Olmsted House. She was recognized for creating an environment where students feel important and safe, and where they are supported academically, socially and emotionally.

Norma Palmer is the school nurse at HBW, who joined the school in 2015 after a career in nursing at Clara Maass and Caldwell College. She was recognized for creating HBW’s Rapid Response Team and training other staff members in the protocol.

Jonathan Thai has been a math teacher at Verona High School for nine years. He is the Student Council advisor and has been a coach to both boys and girls tennis teams at the JV and varsity level.