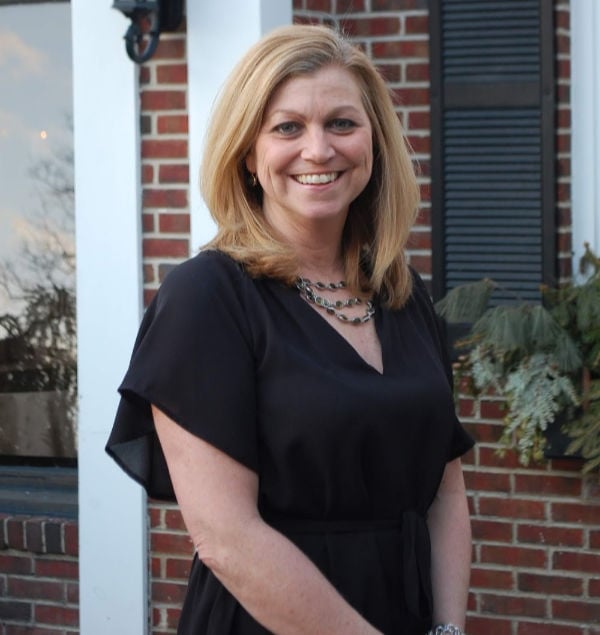 The Ancient Order of Hibernians, Michael L. Delahunty Division 9, Montclair will celebrate its 120th anniversary on Saturday March 7, and Verona’s Lisa McHugh Petruzzi will be one of the guests of honor.

Lisa was born in Montclair, the daughter of James Michael Patrick McHugh and Catherine (nee Guariglia) McHugh. Lisa and her brother Terry grew up in West Caldwell, where they both attended St. Aloysius Grammar School. Lisa then went on to Mount Saint Dominic Academy. It was there where she began her commitment to community service and her interest in sports, mainly basketball.

Lisa continued her educational career at Salve Regina University in Newport, R.I., where she studied and earned a degree in Early Childhood Education. After graduating in 1994, Lisa returned to St. Aloysius which was newly named Trinity Academy and began her teaching career teaching in the three-year-old nursery school program under the direction of Sr. Lena Picillo. It was there where she met and learned from some of the very best teachers, administrators and assistants in all of her 26 years in education. After three years at Trinity, Lisa was asked to join Sr. Lena teaching second grade at St. Virgil’s in Morris Plains.

After four years in Morris Plains and with a new husband Daniel Petruzzi, Lisa found her way into the public school system in Glen Ridge,  where she currently is teaching kindergarten at Forest Avenue School. Lisa has served many roles as an executive member of her teacher’s union over the past 10 years. Her commitment to her profession is obvious by her passion for her students and her colleagues. Lisa has written and been the recipient of many innovative grants throughout her time in Glen Ridge. These grants have improved the education of countless students that have passed through her door.

Lisa and Dan have two girls, Abigail and Lily. Lisa and Dan both grew up in Caldwell but are now official Verona Hillbillies. Their daughter Abby is a freshman at Verona High School and follows in her mother’s footsteps with her love of basketball. Lily is in six6th grade at H.B. Whitehorne Middle School and she also plays on a two-year undefeated Suburban Travel basketball team of which Lisa is the assistant coach.

The Petruzzis are members of Our Lady of the Lake Parish. Commitment to community is a very important to the entire Petruzzi family. Lisa’s husband Dan is an independent contractor for Mondelez International Co., where he works in the multimedia industry. So he is frequently “called upon” to help out in this department within their community. Lisa has been an active member of the Home and School Associations where she has co-chaired many fundraising events. Being an active member of the Verona community is extremely important to the whole Petruzzi family. Giving back to the community is something that has been deeply rooted in both Dan and Lisa through their own parents and it is something that they continue to teach and instill in their girls.

Lisa’s Irish lineage goes back to the town of Kilteeven and Slatta-Roosky, County Roscommon. Lisa will be the 14th member and sixth McHugh woman to be honored by the AOH. Lisa has always been very proud of her Irish roots. She has been marching in both the Newark and West Orange parade since she was a very young girl. She has served as an aide for her aunt, Fran Coon, Grace Cunningham, Susan Gartland and most recently her brother Terry McHugh. Marching in these parades was not an option as a child, it was just something that was expected and now the same is expected from her daughters and, yes, her Italian husband too.

For Lisa being Irish is not just part of her nationality. It is part of who she is. In 2018 Lisa, her family and 12 other McHugh family members went on the trip of a lifetime and visited their Irish ancestral home and farm where the McHugh family still resides. It was there that everything Lisa’s father instilled in them was solidified for Lisa and Terry. It was a life-changing experience for the entire family.

This year’s other AOH guests of honor are James P. Fallon and McGovern’s Tavern. The dinner and dance will  be held on Saturday March 7 at the Mayfair Farms, West Orange, commencing at 6:30 p.m.

The annual event will begin with a cocktail hour, including open bar, hot and cold appetizers, a Martini Bar and a silent auction. Dinner and dancing will follow at 7:30 p.m. with Irish and American music provided by The Eamonn Ryan Showband.

Dinner Chairmen Jere Cole and Terry McHugh invite the public to attend “one of the most enjoyable events of the St. Patrick’s Day season” and join them in recognizing the many achievements of the honorees.

The Ancient Order of Hibernians (AOH) is a national, Catholic fraternal organization founded in New York City in 1836. In addition to its Annual Dinner Dance, AOH Division 9 sponsors a golf outing to benefit the Msgr. John P. McHugh Scholarship Fund and marches in the West Orange and the Newark St. Patrick’s Day Parades. For information on becoming a member please visit www.essex9aoh.com.