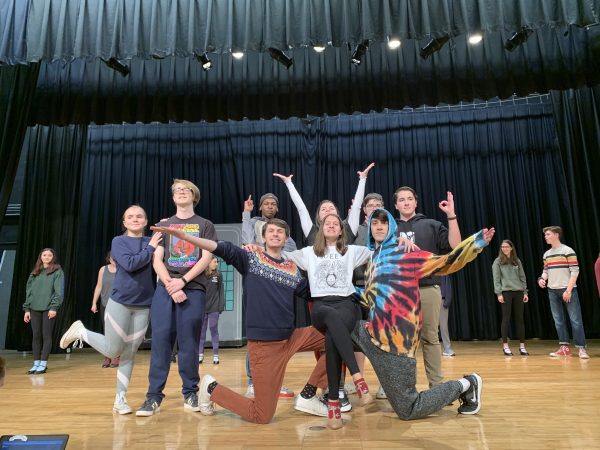 The year is 1895, and London’s Music Hall Royale invites you to the premier performance of their new work, “The Mystery of Edwin Drood.” Join the chairman and master of the music hall, Mr. William Cartwright (Griffin Willner) as he guides the audience through the twisting, tantalizing mystery based on the late Charles Dickens’ unfinished novel. Appearing as young Drood himself is Alice Nutting (Francesca Valle), London’s leading male impersonator and guest artiste to the Music Hall Royale. But who is responsible for Drood’s eventual disappearance? Could it be his sweet betrothed, the lovely Rosa Bud (Sara Sexton)? Perhaps his uncle, the crazed John Jasper (Aidan Callari)? What of the butler, Bazzard (Dominic Newton)? There are also the twin foreigners (Emily Wynne, Jack McHugh), living under the care of the kindly Reverend Crisparkle (Joey Visone). And who would count out the mysterious Princess Puffer (Ali Zanders) or the drunken stonemason Durdles (Alex Kosulin)? Puzzling indeed…

An added twist, the audience is invited to decide upon an ending that meets their specifications! That’s right, the audience will vote on certain matters at the end of the show that leads to a variety of possible outcomes. Thrilling, indeed!

“The Mystery Of Edwin Drood” runs Thursday, March 5 to Saturday March 7 at 7:30 p.m. at Verona High School, with a matinee on March 7 at 2 p.m. Tickets are $12 for adult and $8 for student or senior citizen. March 5 is student night; show your student ID and pay only $5!

Tickets are available online, as well as at the door (cash only).