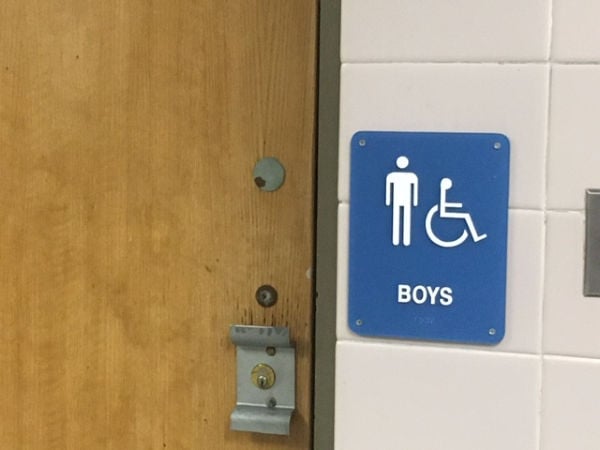 The Verona Board of Education disclosed at its Tuesday, February 11 meeting that the school district has had to hire a bathroom monitor to stop vandalism at Verona High School.

In recent weeks, one of the boys bathrooms has been the subject of repeated problems, including toilets being stopped up, soap dispensers ripped off the walls, trash spread on the floors and both urination and defecation on the floors and walls. VHS has security cameras in the hallways that could record who is entering and leaving the bathrooms but they are not sufficient to pinpoint who is causing the damage.

“It’s very upsetting as a parent and a board member that this is going on,” said BOE member Pam Priscoe. “This needs to stop,” she added, calling on students and parents to talk to the district about what they know about the problem. “It’s a shame that we have to spend $20,000 to put someone outside the bathroom.”

BOE member Sara Drappi, echoed Priscoe’s call for information. “By the time you are in high school,” she said, “you have to be held accountable for your actions.”

Superintendent Dr. Rui Dionisio indicated that the cost could be higher than $20,000 adding, “that is money that should be going to our students, our staff, and our facilities.” Dionisio noted that since the monitor was implemented at the start of the week the problem has stopped. “We want to treat our students like adults,” Dionisio said, “but if some of them are going to act like children we have to take other measures.”