Help Clear Brush At The Hilltop 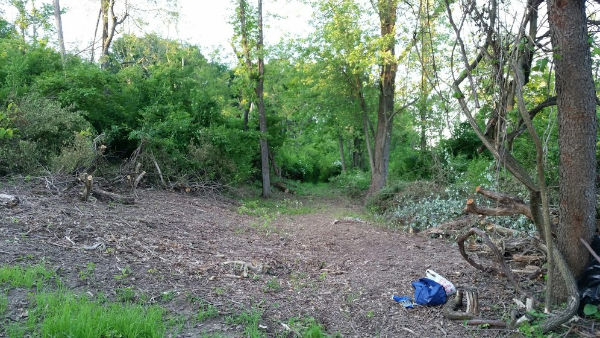 The Hilltop Conservancy is calling for community volunteers to help it get a jump on its forest regeneration work this year. The Conservancy will hold two brush-clearing days next weekend, Saturday and Sunday, February 15 and 16, from 10 a.m. to 1 p.m. each day. “The weather forecast looks a bit nippy, but otherwise good for outdoor work,” says says Theresa Trapp, the Conservancy’s treasurer.

The clearing site is above the youth sports fields behind the Verona Community Center, so volunteers should park in the uppermost lot there. Volunteers can bring pruning saws and loppers, and all volunteers must wear work gloves and sturdy shoes. Scouts are welcome and any time spent at the site counts as conservation or community service hours.

In 2017, the Conservancy embarked on a five-year plan to regenerate five acres of the Hilltop with native trees. Hilltop Conservancy volunteers began by clearing part of the site of an extensive infestation of invasive plants, as well as trees that had been killed by the Emerald Ash Borer. Last April, they planted 80 Silver Maples, Black Gums, Red Maples, Pin Oaks, Basswoods and Tulip Poplars, all of which are native trees in our area. Once the trees establish themselves, they will provide a canopy under which smaller native trees, shrubs and ground cover can grow and provide a healthy habitat for many different animals.

The volunteer session will be an opportunity to see how these trees are doing and ready the area for the next round of tree planting. The area is adjacent to Prisoner’s Pond, named after the Essex County Prison Annex that occupied the land around it for most of the 20th century until it closed in 2003. The spring-fed pond is the only year-round standing water in the Hilltop Reservation and it is home to fish, frogs and turtles, along with the occasional ducks and herons.

The Hilltop Conservancy is a nonprofit working to restore and preserve the Hilltop Reservation as a habitat for native wildlife and plant species, as well as passive recreation for the community. It has initiated four large restoration projects and you can learn more about all of them here.