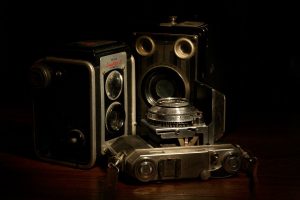 Barbara Bakst, daughter of Robert and Hedwig Mackey, reporter, public relations executive, professional photographer, community organizer, wife, mother and grandmother, died at her home in Verona on February 5, 2020. She was 95.

A gathering of friends will be held in the Prout Funeral Home, 370 Bloomfield Avenue, Verona on Saturday, February 8 from 2 to 4 p.m., with Family Remembrances at 3 p.m.

Mrs. Bakst, a graduate of St. Lawrence University, held a variety of journalism positions including being the first female reporter for the Camden Courier in New Joursey, travel writer for The New York Times and as a writer and editor at the Voice of America. In addition, she held a variety of public relations jobs the last of which was as a director at William Paterson University.

She also had an active photography business.

Married in 1952 to Jerome Bakst the couple settled in Verona where Mrs. Bakst had a long record of community involvement including the Verona Summer Program and Busing Program and as a member of the Verona Park Conservancy for many years.

Although an active professional for most of her life, Mrs. Bakst often stated that her most important and rewarding job was that of a mother. She is survived by her two children, Lawrence and Ellen, her daughter-in-law Cristina and grandson Dylan.

In lieu of flowers please send donations to the Verona Park Conservancy or the Verona Rescue Squad.