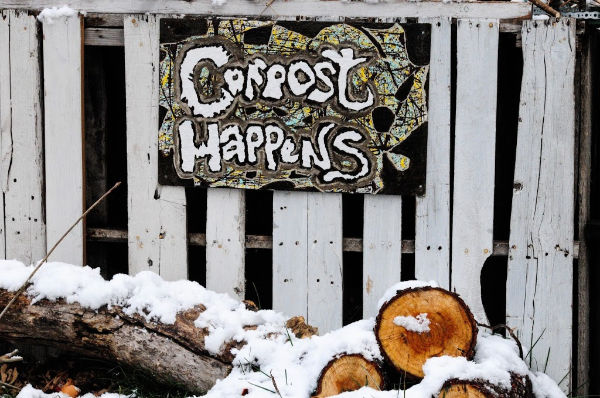 The Verona Environmental Commission and Sustainable Verona are exploring the idea of a town-wide composting pickup. On January 7, Java’s Compost, a West Orange-based composting service gave a presentation to the two bodies about creating a pick-up service that individual residents could subscribe to.

Java’s Compost currently provides service to Maplewood, South Orange, West Orange, Montclair, Glen Ridge, Bloomfield, Millburn, Short Hills, and Chatham. Subscribers are given a 5-gallon bucket that they fill with food scraps and Java’s Compost picks it up and replaces it with a clean bucket. Java’s Compost can accept fruit and vegetable waste, which some Veronans already compost at home, as well as cooked and uncooked meat, bones and seafood, which can be tricky for home composters.

Java requires a minimum of 50 families in each town to start its service, so the VEC and Sustainable Verona have put up a voting page on Planet Civic to see if there are enough interested families here.

“The goal would be to enable people to compost about 1/3 of their waste, and, if they wanted, get nutrient rich soil in return to use on their property,” VEC member Sean DiBartolo explained on Planet Civic. “On a larger scale over the long term, if a great deal of people are interested, the program could eventually reduce Verona’s garbage tonnage, which could make the program more cost effective to those interested residents. At that point, we could start seeing a town-wide composting pickup program that could be subsidized by the Town because our taxes would no longer be paying for as much garbage removal with this waste stream separated out.”

But until the town could subsidize the program there would be a cost for participants: Weekly pickups cost $12.38 ($594.24 per year) while a bi-weekly pickup would run $8.38 per week or $402.24 per year. Then, twice a year, Java’s Compost delivers 10 pounds of mature compost that can be used in residents’ gardens. Participants can also elect to have their compost donated to Java’s urban farm partners.

Take a minute to register your interest on Planet Civic.

Photo by Toni Reed on Unsplash

- Advertisement -
Previous articleVerona Arts Opens Library Exhibit
Next article‘Where In Verona Is It?’ The Reboot, Week 5