Thomas N. Towne was chosen to be the grand marshal of Verona’s Memorial Day in 1984. It was a singular honor for the U.S. Navy veteran, who had been gravely wounded in the Vietnam War and, after that first parade, he never missed another. He was frequently by the podium for Verona’s Veterans Day commemorations as well, but not this year: Towne passed away, at 78, on November 11, 2019–Veterans Day.

Towne was a native Veronan who spent his entire life in a house near the corner of Linden and Otsego, except for the period of his service in Vietnam and his time at college. A 1959 graduate of Verona High School, he went to the University of Rochester on a Navy ROTC scholarship. Towne had hoped to attend Princeton like father. A brilliant student and Honor Society inductee at VHS, he was accepted to the university, but when Princeton failed to offer a scholarship, he had to decline. Yes, even then, college was too expensive for some.

Towne was commissioned in the Navy as an ensign after graduation and was sent to Vietnam as a forward observer calling in naval gunfire for the Marines’ I Corps.

Leonora Green, who grew up across the street from the Townes, was visiting with his mother the day the Navy chaplain came to deliver the news that Tom had been badly wounded and his prognosis was poor.  “We sat there stunned,” she recalls,  “and were told that the Red Cross would contact the family when they knew more— meaning if he had survived or not.” It was days until the family heard that he was alive and would be sent to recover at a veterans hospital in Queens. Towne was later awarded a Purple Heart for his service in Vietnam.

The doctors at Saint Albans did their best, but they were never able to remove all the shrapnel in Towne’s brain. That meant that when he returned home to Verona, Towne spent months relearning the names of numbers and letters. “He slowly retrained his mind,” says Green, “but the career he dreamed of as a marine biologist was lost.”

Towne’s gregarious personality remained though, and he was able to channel it into a career in real estate, first at Citrano & Associates Realtors and later in a firm he co-founded with his wife, before becoming an agent for Century 21 Cedar Crest Realty in Caldwell.

Towne is survived by his wife Michele and his daughters, Leigh Ann Tedesco and her husband Steven, and Michele Kraley and her husband James, as well as four grandchildren, Olivia, Luca, Joseph, and Madison, and his brother, George. (Towne reveled in the accomplishments of his grandchildren,  most recently the award that Olivia Tedesco got at the Marching Band Festival at Wayne Hills High School in October.) He was predeceased by his parents George and Sophie–known to all as Sue–and a sister Carole Schaub.

“Tom was a friend for life,” says Jim Citrano, a fellow Verona Vietnam veteran. “He was brilliant before his head wound in Vietnam diminished his mental capacity down to normal for most people. He will be missed.” 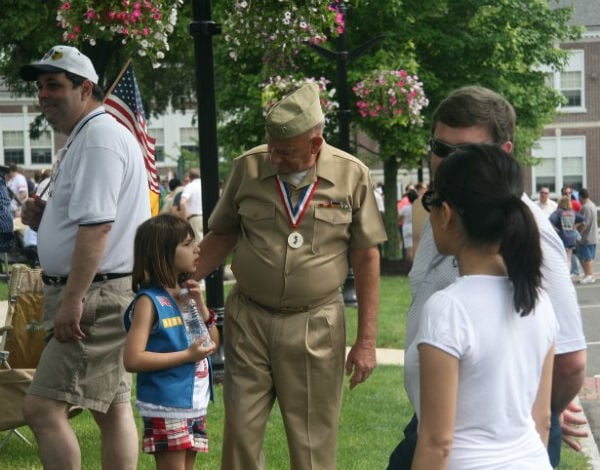 Previous article
Ohweiler Takes Stage In ‘It’s Only A Play’
Next article
Josephine A. Freda, 77