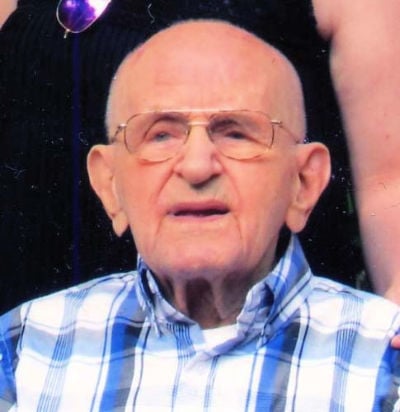 Mr. Walter Koprowski, 98, died on December 12, 2019 in Cedar Grove. Visiting in the Prout Funeral Home, 370 Bloomfield Avenue, Verona will be on Sunday, December 15 from 2 to 5 p.m. A funeral mass will be offered in Our Lady of the Lake Church, Verona on Monday at 10 a.m.

Born and raised in Jersey City, Mr. Koprowski moved to Verona in 1986.

He served with the US Army Air Corps Military Police during World War II during the liberation of Italy and was a member of the Jersey City American Legion.

Mr. Koprowski was a member of IBEW Local 3 in Jersey City, working as a receiving clerk at Lightolier from 1945 to 1986. From 1986 to 2010 he was the grounds supervisor and funeral assistant for the Prout Funeral Home in Verona.

He was predeceased by his son, James B. Koprowski and his siblings, Henry, Chester, Steve, Jack and John.

In lieu of flowers, donations to St. Jude Children’s Hospital would be appreciated.

Previous articleWhat’s Really Going On At The Border?
Next articleFire Truck Santa Set For December 15