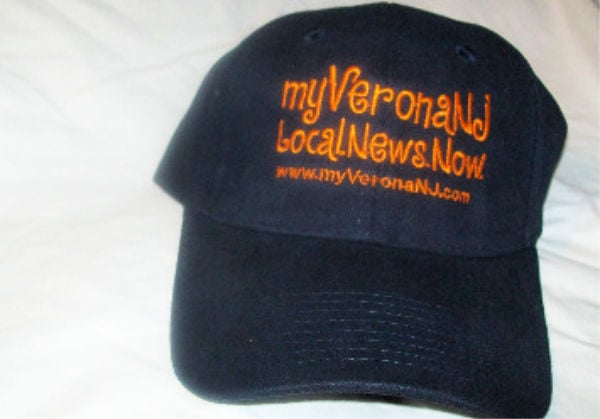 Ten years of MyVeronaNJ.com is cause for celebration and reflection. I’ll admit I wouldn’t have thought about it if it weren’t for Virginia’s article commemorating the event. Although it’s “only” been around for 10 years, MyVeronaNJ to me is a timeless part of our community.

Virginia wrote of how this online publication was going to launch at the Fair in the Square and how it snowed that day and it was cancelled. (If memory serves me correctly, at that time there was no snow date.) I remember that day well because I had a toddler at the time and decided to take him downtown around 4-ish. It had been snowing but I decided to go anyway. Imagine my surprise to find the Terry’s parking lot nearly empty and there being no Fair in the Square. We made the best of it though; we went into Terry’s and met Santa Claus.

I remember being OBSESSED (yes, OBSESSED) with “Where in Verona”. I can remember checking the site daily to try and figure out where the heck Fred Goode had been. It SHOULD have been so easy. I’ve lived in Verona almost all my life (and that’s a long time.) It WASN’T. The year was almost over before I FINALLY won the coveted MyVeronaNJ hat. Virginia told me that Fred thought I was stalking him. That wouldn’t have been a bad idea! I wasn’t and I still haven’t met Fred face to face; although I do admire his photography tremendously.

I’ve been inspired by Fred several times. Although I don’t have his talent, it was because of him (and his “Where in Verona” series) that I ended up wandering around town in 2016 on National Photography Day, taking photos of our many houses of worship. I also find myself snapping photos on my phone when I am out walking; also inspired by Fred. (Maybe someday we’ll actually meet!)

I may not be a photographer, but I am a writer (Not a paid one, but a writer nonetheless.) I started writing in notebooks when I was still in elementary school, a habit I continued on and off into adulthood and continues to this day. I was inspired by Louise Fitzhugh’s character Harriet. Most people remember Harriet from her book, Harriet the Spy, but I “discovered” her in The Long Secret which was read out loud to me and the rest of my third grade class by Mrs. Williams. If you grew up in the Laning section of Verona during the mid-late part of the last century, you knew Mrs. Williams. It didn’t matter if you had her or not, you knew her! Mrs. Williams read to her class, usually after lunch, and although it has been decades I can still remember much of what she read: The Flight of the Doves, Don’t Take Teddy, The Lion, The Witch and The Wardrobe, The Prince And The Pauper and of course, The Long Secret. As a result, I still have countless notebooks somewhere in my basement.

I didn’t do much of anything with my writing, until the spring of 2013 when I started blogging. While I had submitted news items to relating to the Presbyterian Church’s events which had been published here, it was that fall when Virginia asked if I would consider allowing her to use some of my blog posts. It was an honor to be asked. It was an even greater honor when she asked me if I would write for MyVeronaNJ.

She encourage me and inspired me. Because of MyVeronaNJ, I took a more active interest in local politics. (No, I am NEVER running for ANY position!) The questions that MyVeronaNJ has put to candidates gave me a better understanding of what each individual was about and as a result, I started questioning candidates on my own, mostly via email. I was flattered when more than one asked if I was asking for myself (which I was) or for MyVeronaNJ (which I wasn’t although sometimes the experiment lead to an article here). I was also struck by the passion most of these candidates had for the community; again something I might not have discovered if it weren’t for MyVeronaNJ.

Now least you think writing for MyVeronaNJ is an easy task, let me tell you it isn’t. Everything that I write does NOT make it to its webpages. I’ve had posts rejected. But I have never received just a flat out “NO;” there has also been careful thought and explanation. While rejection may hurt, when it’s done with consideration, explanation and care, it’s much easier to swallow. And that’s what I have always gotten from MyVeronaNJ.

Writing is not a vocation for me. It IS a passion. When the passion strikes, off I go. I never imagined it would lead me to MyVeronaNJ. Thank you Virginia for reading my words and sharing them with the community. I look forward to reading AND writing for years to come.

Beth Shorten is a life-long resident of Verona. For more than five years, she has been chronicling life here on her personal site, Bfth’s Boring Blog.