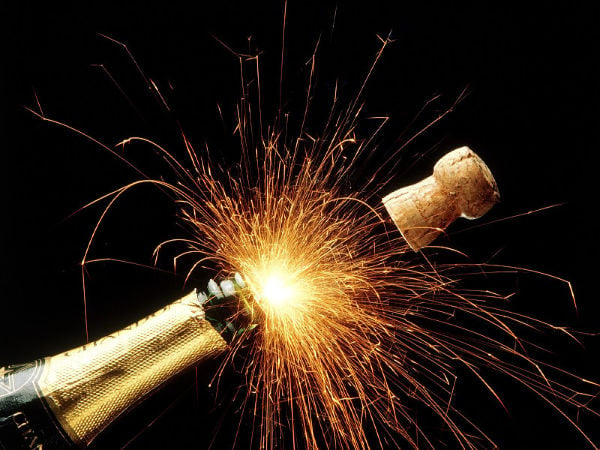 Ten years ago, Julia Martin and I were dissatisfied with the way news was being reported and delivered in Verona. We were long-time journalists at a variety of national publications, trained in solid reporting and writing, and I had worked on digital platforms at two news outlets. Local news was stuck in the print era and that was frustrating to us. “We should change that,” we said, jokingly at first and then more seriously until one day, we just did it.

Ten years ago, MyVeronaNJ.com was supposed to launch at Verona’s 2009 Fair in the Square. I had programmed the website and Julia had written some stories, including this piece about the beloved “Climbing Tree” in Verona Park, which was ailing. We reserved a vendor table for the Fair and had a huge banner printed to announce our arrival on the Verona news scene. And then it snowed, and Fair in the Square was cancelled. So we did what every scrappy entrepreneur does, and jumped on Plan B: We blasted emails to everyone we knew, to let them know that digital news had come to Verona.

Ten years ago is a long time. Since then, MyVeronaNJ.com has published 10,936 stories about Verona’s present, past and future. We named the site MyVeronaNJ.com not because it was Julia’s site, or mine, but because it was going to be about what was important to anyone who had a strong connection to Verona, whether they lived here or not. Our readers have been key to the success of MyVeronaNJ.com, tipping us off to stories and pitching in as writers. More than 117 people have written stories, some of them high school students who went on to college journalism programs. Beth Shorten’s family goes back several generations in Verona, and her columns often brought that history to life. MyVeronaNJ.com has also had the support of dozens of talented photographers. Chief among them, Fred Goode, whose quirky “Where In Verona” photo contest attracted a legion of followers determined to parse the cryptic daily clues to win a coveted MyVeronaNJ.com baseball cap. Len Waterman, the head of Verona’s Buildings & Grounds Department, got one for knowing that the image below could be found in Miele’s. Fred has gone on to lead MyVeronaNJ.com’s photography at dozens of Verona High School games, including football’s state championship last month.

Ten years has been a time of many changes. MyVeronaNJ.com has written about the closings of businesses and institutions that had been mainstays of town,  like  IHOP, Bahr Lumber, Annin, Cameco, Congregation Beth Ahm, Terry’s and Verona Sports. But we’ve also profiled the newcomers, like Ariane Kitchen & Bar, Baked Bouquet, Electric Spokes, Green Point Juicery, Blooms In Hand, Verona’s coffee culture and our growing number of artists.

To bring old Verona and new Verona together, MyVeronaNJ.com told stories about Verona’s past, like the cheesecake that made us a food destination, how we once were key to  treating tuberculosis, the firefighter who invented Claritin, our Olympic gold medalist, our role in The Godfather and The Sopranos, and our oldest houses, which include three built in the 18th century. “I didn’t know that,” we’d hear from readers, even some who had lived in Verona for a very long time.

MyVeronaNJ.com was built around the staples of local news–government, schools, high school sports, real estate, civic engagement and houses of worship. But we quickly discovered that we had more kinds of stories here. MyVeronaNJ.com didn’t have an Entertainment section in the beginning, but we soon found ourselves writing not only about VHS entertainers, but professional actors, and musicians, as well as a puppet maker, and artists. We didn’t have a Food section either at first, but Tracy Bermeo MacDonald changed that with her “Crock It” recipe series. We found ourselves writing about what was happening to Verona people elsewhere in the world, like the couple who sailed on the ill-fated Costa Concordia, the guy who rescued the passengers of USAirways flight 1549 when it went down in the Hudson, and the Verona adoptee who discovered a twin sister on the other side of the world.

There’s been a lot of fun and good news in Verona in a decade, but also tragedy and controversy. In March 2010, we posited that selecting just one high school valedictorian from among two girls with virtually identical GPAs was going too far. When VHS’ long-time football coach was placed on leave, MyVeronaNJ.com reported on it. We wrote about struggles in town government, the tussle over field turf,  the arrival of an Islamic house of worship, affordable housing and over-development, several referendums and 10 years of school and town budgets and elections. Writing about tragedies and deaths hasn’t been easy either. MyVeronaNJ.com has posted obituaries from the beginning but, unlike our print competitors, we committed to never charging for them. That has meant forgoing thousands of dollars in revenue. But we felt it was wrong to put an extra burden on Verona families in their time of grief.

Ten years has also brought a lot of change to the technology behind MyVeronaNJ.com. The original site was designed to work on a desktop or laptop computer. But when a freak snow storm hit Verona on Halloween 2011, readers pulled up MyVeronaNJ.com on their phones to get news on recovery efforts. I redesigned MyVeronaNJ.com to work better on smartphones and, today, most of our readers read us that way; we report and write directly on smartphones, too. We created a Facebook page for MyVeronaNJ not long after we started and we now push news to thousands of followers there and on Twitter and Instagram too. MyVeronaNJ.com was the beta site for new advertising technology, which has meant that Linette Mathewson, our ad director from almost the beginning, has been able to prove to advertisers that their ads are reaching and engaging their desired audience.

“Ten years ago when we founded MyVeronaNJ it was a different world,” says Julia Martin, who now writes for the USA Today Network. “We covered the news first-hand and old-school, dashing out with our video camera upon hearing the alarm horns from Town Hall, knowing which quadrant of town corresponded to each blast. We attended high school sporting events, girls and boys, and taped music concerts at HB and VHS. We incorporated teen voices. Anyone and everyone would talk to us without blinking, and usually be eager to. The term ‘fake news’ was not in the lexicon.” Julia’s favorite story remains that of the Climbing Tree, the many-limbed European Beech that stood for more than 150 years in Verona Park until, suddenly, it didn’t.

Most of all, 10 years has meant a lot of time listening to and changing with the community, while staying true to our founding commitment to quality, balanced journalism. MyVeronaNJ.com has written more great stories than could ever fit into one recap, so take time to wander through our archives (2010, 2011, 2012, 2013, 2014, 2015, 2016, 2017, 2018 and 2019) and tell us about your favorites. Most importantly, tell us where MyVeronaNJ.com needs to be to be your Verona too.