At last Tuesday’s Board of Education meeting, Verona High School honored 104 current and former students for for their performance on the spring 2019 Advanced Placement (AP) exams, the largest group to earn AP Scholar honors since Verona began emphasizing the AP exams in 2009. The honorees included students who were juniors when they took the exams, as well as seniors who graduated with the class of 2019. 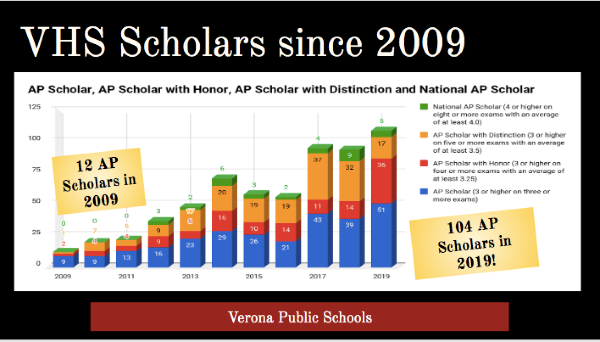