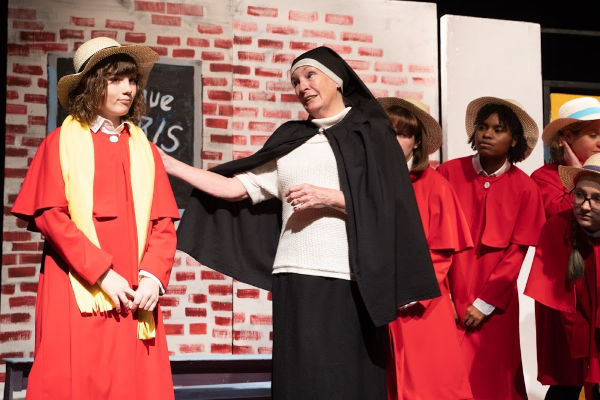 “In an old house in Paris that was covered with vines lived 12 little girls in two straight lines.” So begins one of the favorite children’s books of the 20th century, “Madeline’s Christmas”. Montclair’s Studio Players is putting on “Madeline’s Christmas” this December and Verona resident Kristie McClain will have one of the show’s featured roles: Miss Clavel.

The day begins like any other day. Miss Clavel takes the 12 little girls on their morning walk. They go to the zoo and then back to school for their French history lesson. Suddenly disaster strikes when everyone gets the flu! Everyone that is, except for the ever resilient Madeline. Saddened that they may not be able to go home for Christmas, the girls and Miss Clavel take to their beds. But on Christmas Eve, the adventure begins when there is a knock at the front door.