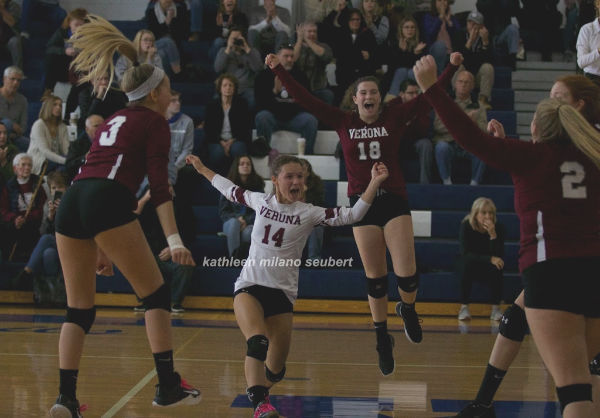 Volleyball dug deep yesterday and they came up with a big win. Verona, which went into the NJSIAA Group 1 playoffs as the #6 seed, defeated #3 Wood-Ridge 28-26, 26-24. Verona High School will now face Kinnelon on Wednesday, November 13 for the sectional finals. 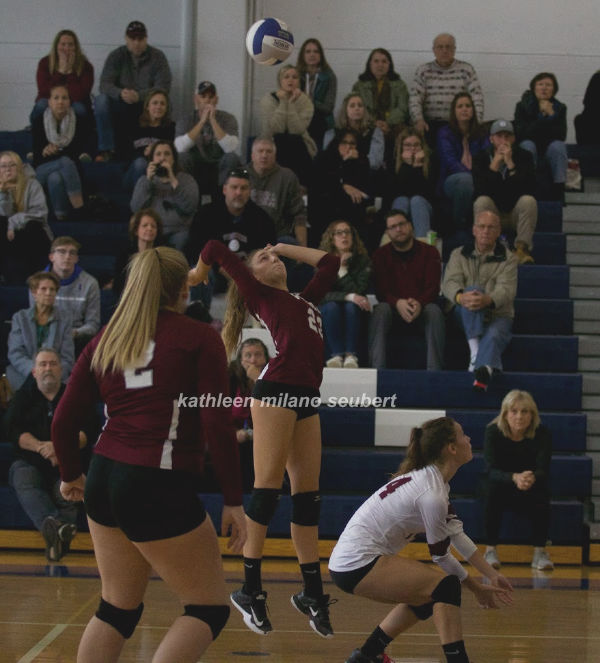 Verona bedeviled the Blue Devils from the opening whistle, delivering serves and volleys that kept the Lady Hillbillies a point or two ahead for much of the first game. Wood-Ridge brought the scoring up to a tie, only to see Verona move ahead again. Wood-Ridge tied the game again at 26 and Verona scored the winning point but had to re-do it when a line judge was ruled to have interfered with the play. 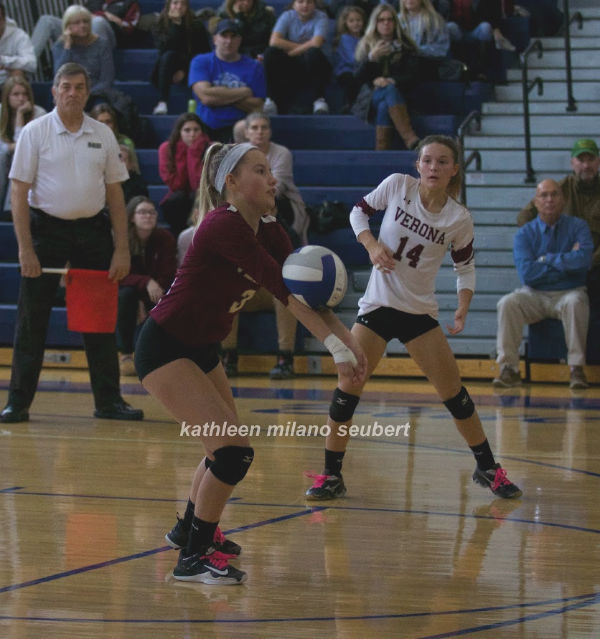 That win powered Verona into the second game. The maroon-and-white squad was up 5-2 when Wood-Ridge by the first time out, and had pushed its lead to 14-9 by the second. Wood-Ridge, which had a 26-7 record going into the match to Verona’s 20-8, battled back again and again, tying the score at 14 and again at 22 after Verona pushed back into the fore. The Blue Devils advanced their lead to 24-22, but Verona wasn’t done: The Lady Hillbillies won the final two points and the day.

Kelly Waterman led all players in service points with 16 and Ashley Duhaney was outstanding at the net, delivering 15 kills for Verona. And between Waterman, Jesse Loudon, Sinclaire Infusino, Megan Meehan, Mary Wallace, Sloane Lawless and Fernanda Webster, Verona piled up 55 digs in the contest. 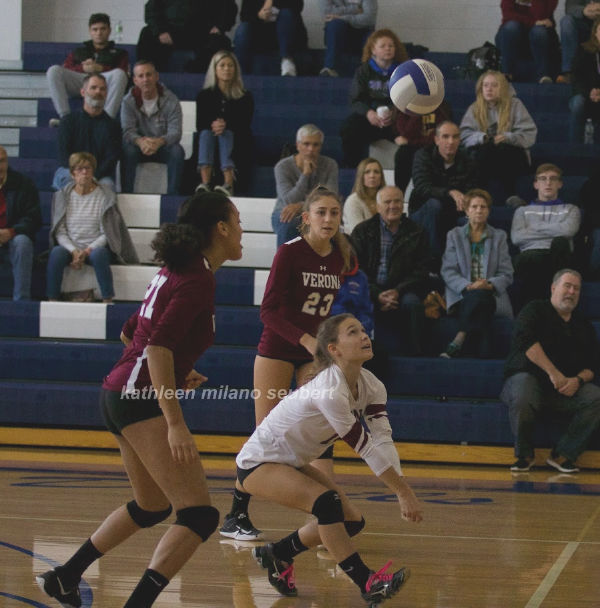 - Advertisement -
Previous articlePledge To Make Your Home SAFE For Children
Next articleSuperintendent’s Corner: Freedom Is Not Free