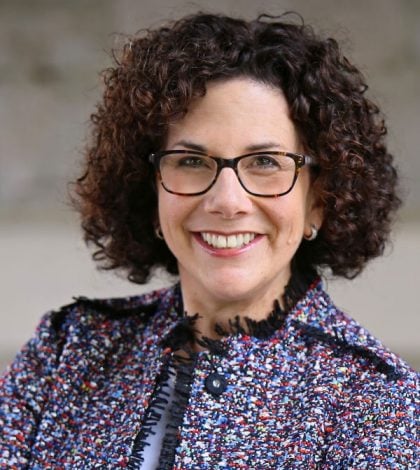 Laura Fortgang bested the Republican incumbents for the 26th state Assembly district in several towns across Essex and Morris counties, but it was not enough for the Democratic challenger to unseat BettyLou DeCroce and Jay Webber.

Fortgang swept every district in Verona, and the Verona resident also won or came in second in 12 of the 39 districts in Parsippany-Troy Hills, seven of the 24 districts in Rockaway, two of the nine districts in West Caldwell, two of eight in Lincoln Park, and one of 18 in Montville. She also won the mail-in ballots in Butler.

“I want to thank Verona for coming out to vote yesterday,” Fortgand said on Wednesday. “I am so proud that our community came out to support its schools and cast its county and state votes as well. Thank you for your overwhelming support for my candidacy. Alas, we did not prevail outside of Essex County to win the district as we had hoped.”

“I am so honored and humbled by the support I’ve received from across the district, the state and even the country,” she added. “My family deserves so much credit — especially my husband Mark who not only created all of our digital ads, but kept the house running and our kids fed, all while being my biggest cheerleader.”

DeCroce was the overall winner of the night, with an unofficial 28.48% of the vote, compared to 28.16% for Webber, 21.74% for Christine Clarke, the other Democrat in the race, and 21.62% for Fortgang. In all, the Verona resident garnered 18,245 votes across Essex, Morris and Passaic counties.

“I want to thank my team who has been with me for almost a year,” Fortgang added. “My campaign manager, Elizabeth Juviler, whose integrity has been the foundation for all we’ve accomplished; Jessica Stewart and our finance team at R&P who helped fuel one of the most successful fundraising programs of any challenger in the state; our amazing interns and myriad of volunteers, the unions and organizations that supported my efforts and the many sitting elected officials and party mentors who’ve shared the wisdom of their experience.”

“The end of this campaign does not mean the end of my fight for our education and healthcare systems, the transparency of our municipal and state taxes and the issues that talking to voters every day showed me are important,” she said “Fortgang means moving forward. Onward.”