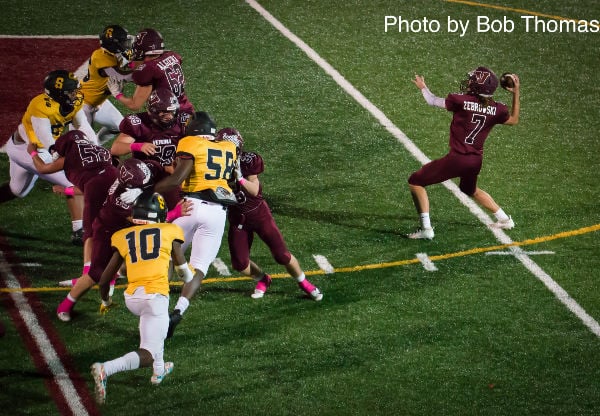 The Shabazz High School Bulldogs were tenacious in the first half of last night’s football game, but they ultimately proved no match for the Hillbillies, who defeated Shabazz 35-14.

The game opened with a coin toss by Col. (Ret.) Joseph A. Simonelli Jr., Verona High School class of 1983 and a graduate of West Point. Simonelli is a Gulf War and Iraq War veteran, who held a variety of Defense Department leadership positions before finishing his Army career as chief of staff of Arlington National Cemetery.

Shabazz got on the scoreboard first, but failed in its extra point attempt. Verona quickly recovered and a bomb from Cael Zebrowski to Jake McConnachie tied things up before Verona moved ahead on a Steven Luehs kick that soared all the way out to Sampson Drive. 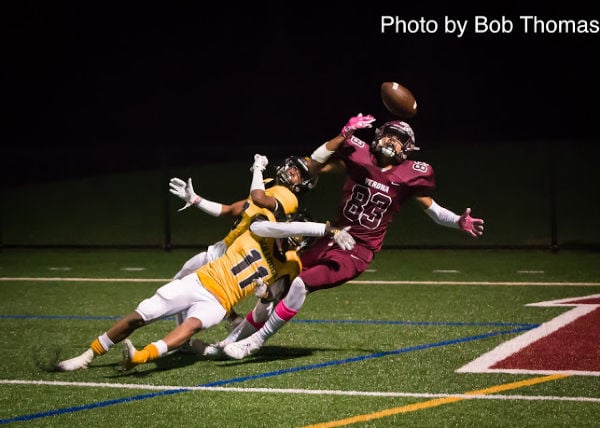 Zebrowski, who already had 248 passing yards to his credit going into last night’s game, showed off his field smarts in the second quarter when he scrambled to connect with Steven Petro, raising the score to 14-6 Verona. Shabazz delivered a touchdown and a 2-point conversion to tie the score, but with just 39 seconds remaining in the half, Zebrowski found Petro again to make it 21-14 Verona. 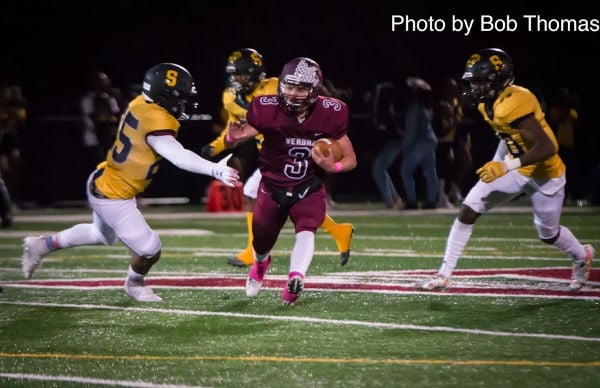 Frank Riggio, who has been Verona’s early and dominant scorer this season, didn’t get on the scoreboard last night until the third quarter, when he made a short hop into the end zone to raise Verona’s lead to to 28-14. In the fourth quarter, a fumble recovery by Shane Lawless set up McConconnachie’s second TD, bringing the game to its 35-14 conclusion.

The win improves Verona’s record to 4-0. The Hillbillies will host Weequahic in another night game next Friday, October 11, at 7 p.m. 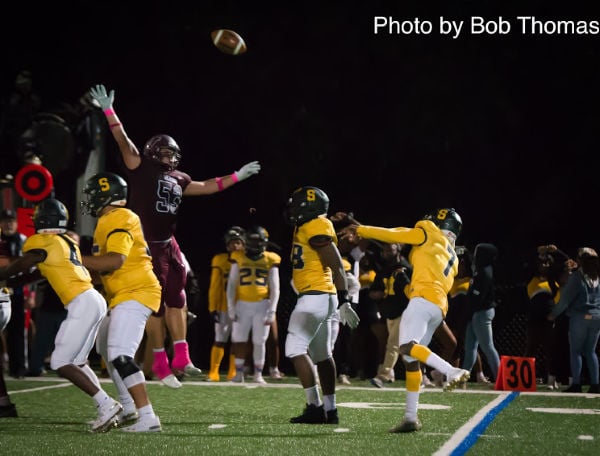