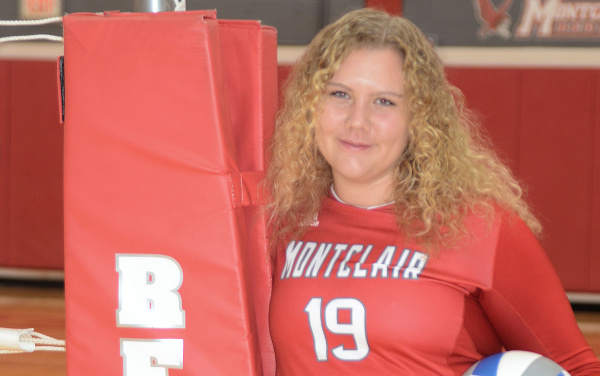 Montclair State University has put out an alert that sophomore outside hitter Carly Waterman was selected as the New Jersey Athletic Conference (NJAC) Volleyball Player of the Week this past Monday.

Waterman, who graduated Verona High School with the class of 2018, helped Montclair State to an outstanding day last Saturday as MSU knocked off in-region rivals Merchant Marine and Stevens. She averaged 4.00 kills per set along with 3.71 digs and 4.86 points. Waterman collected 16 kills, 9 digs and a block in a 3-1 win over the Mariners. She then added 12 kills, five aces, 17 digs and a block as Montclair defeated in-state rival Stevens, 3-0. It was MSU’s first win over the Ducks since 1995 snapping a string of eight consecutive losses.

At VHS, Waterman was part of the 2017 VHS volleyball team, which captured the divisional, county, sectional and Group 1 championship titles.

Waterman currently ranks second in the conference in points (4.20 per set) in addition to tanking fourth in total kills (74) and 15th in digs (3.30 per set).