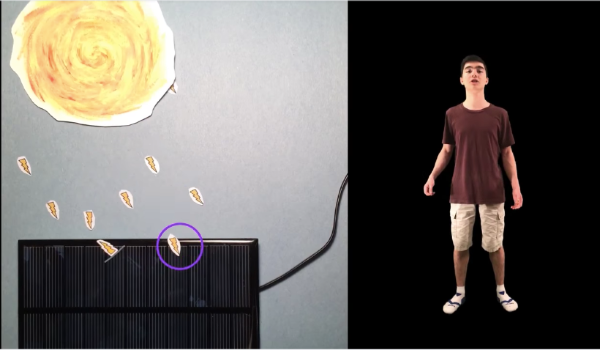 Christopher Lakin thinks he knows how to make solar power cells more efficient: It’s all in the quantum physics. The Verona High School senior made a video to explain it, and if you think he’s done a good job of illustrating his idea, you can help him win $400,000.

No, we’re not kidding.

Lakin is one of 30 semi-finalists worldwide in the Breakthrough Junior Challenge, a global science video contest for students ages 13 to 18. In it, students create videos to demonstrate difficult concepts and theories in the physical or life sciences, which are then posted to Facebook. The video with the highest number of likes, positive reactions and shares will win the contest’s Popular Vote and jump ahead to be one of only six contestants in the final round of judging. If Lakin is ultimately declared the grand prize winner, he’ll be honored at an awards ceremony in Palo Alto, Calif., in November and be showered with a lot of money: $50,000 for the teacher that inspired his thinking, $100,000 for a new science lab at VHS and $250,000 to pay for college.

No, we’re not kidding.

The contest is the work of the Breakthrough Prize Foundation. It has posted videos from all 30 students on its Breakthrough Facebook page for people all over the world to vote for their favorite. Lakin’s fellow contestants are equally global, hailing from Australia, Canada, Hong Kong, Korea, India, Iraq, the Netherlands, New Zealand, Peru, Philippines, Saudi Arabia, the U.K. and Venezuela, in addition to the U.S. This is the fifth year for the Breakthrough Junior Challenge, and this year’s competition attracted more than 11,000 registrants.

Lakin’s physics teacher at VHS, Alexander Cali, thinks he will rise to the top. “The three best words I can think to describe Christopher are inquisitive, deep-learner, and intuitive,” Cali says. “These three qualities feed into each other in this order, strengthening each other in a positive feedback loop of continuous insight into his topic of interest. Christopher refuses to accept without questioning, which naturally leads him to develop a deeper understanding with the content being studied and it is this deeper understanding that leads to his intuition about the content as well. With greater content intuition, this allows Christopher to ask more informed questions that probe even deeper, into either the current content or related content to come.”

The questions are sometimes a challenge, Cali concedes. “There have been many times as a teacher where I would have to ask Christopher to hold on to his questions until after class so we could continue with the lesson–and he would,” Cali says. “If he was unable to ask me after class I would know to expect an email in my inbox with him probing deeper into the content, asking multiple questions, and unabashedly offer his own thoughts/comments/guesses as to what was happening underneath the surface explanation provided. It would usually take me multiple emails to temporarily satisfy Christopher’s thirst for understanding.”

To aid the understanding of quantum physics in his video, Lakin enlisted some creative clip art and video techniques–and three of his fellow seniors. Henry Wertz, Michael Sluck and Chloe Mathewson have been pressed into service to explain energy transfer and quantum coherence, the latter by swinging on somebody’s backyard swing set. 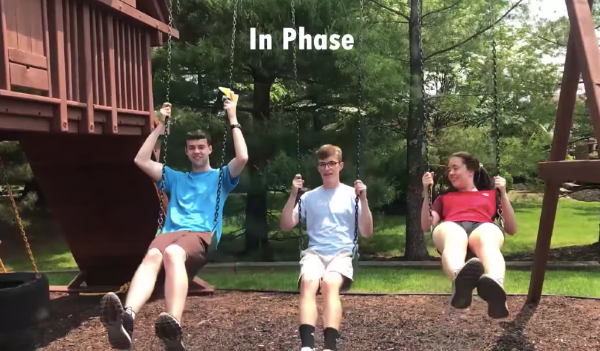 It’s now up to the voting public on Facebook to decide if all of that worked. The Popular Vote challenge ends on Friday, September 20, and Lakin has to convince a lot of people that he knows his stuff. Past Popular Vote winners had between 25,000 and 44,000 likes and shares, so Lakin is shooting for 62,000. “Why not aim higher than necessary, even if it’s not reached,” he says. “Eighty percent of a lot is still a lot.”

“Photosynthesis is the quantum magician,” Lakin says in the video. “Yes, in every leaf on the planet, quantum mechanics is what enables the largest source of free energy on earth to enter the food chain. That’s why I think that quantum biology is really cool.”

He hopes you will too.

You can watch the video and leave your reactions here. Voting is open until Friday, September 20 at 11:59 p.m. Pacific time. 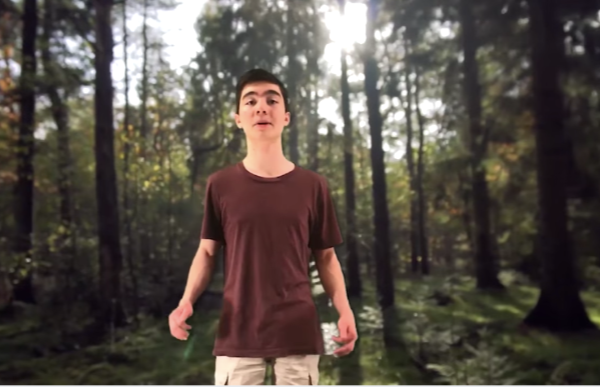