So much for them being novices at the sport: In only their third game, Verona High School’s brand new girls JV field hockey team defeated Morris Knolls’ freshman squad 8-1 on Tuesday.

Playing at home before a cheering crowd of Verona Recreation Department field hockey players, the Lady Hillbillies dominated the first half, running the score up to 6-0 by the time the first buzzer sounded. Verona would add two more goals in the second and allow the only point by the Golden Eagles. 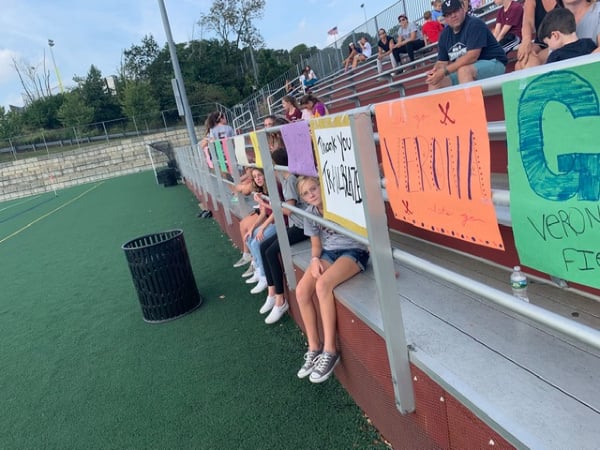 Olivia Garcia led the scoring for Verona with 2 goals and 1 assist. Emily Pecora and Rio Gagnon had 2 goals apiece, Josie Shust and Clara Frizzi had 1 goal each, while Sara Knoetig had 3 assists  and Alexa Freidman had one. Ava Perry was in goal for the first half and had 5 saves, while Ashlee Vargas had 9 saves in the second.

Field hockey returned to VHS this fall after a nearly 40-year hiatus, and nearly two-thirds of the team have never previously played the sport. The program is funded only by the Verona Field Hockey Parents Association (VFHPA), with all athletes participating on a “pay-to-play” basis.

You can follow the team’s schedule here and learn more about the Verona Field Hockey Parents Association on its Facebook page.