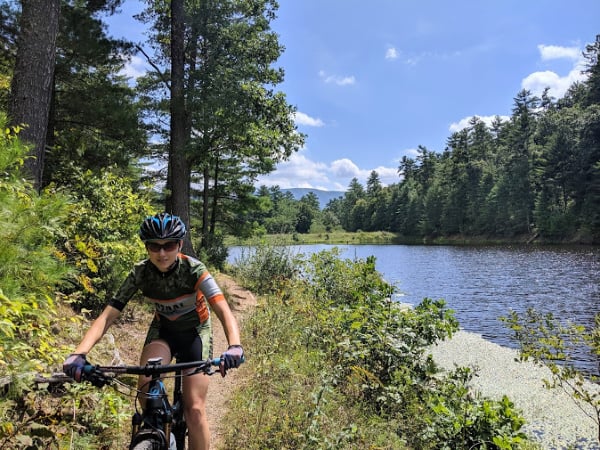 The race was Nina’s first 100-mile event and she took eighth place in Open Women, finishing the race in 11 hours 40 minutes. Nina races for Team Pedal Montclair / Pivot Cycles. She also races with the Verona Offroad Mountain Bike Team, a squad of middle and high school students, and her dad is one of the team’s head coaches.

“The Shenandoah 100 was like a dream–and hitting the gong after crossing the finish was a dream come true,” Nina wrote via email. “The race started in the Stokesville campground of Virginia at the crack of dawn. The sun had just started to peek over the mountains and reveal ethereal fog from a rainstorm the night before.

“The race course was a series of climbs, scaling one mountain to the next, with sweet enduro descents in between. I felt right at home with the off-camber sections and slick tech. It sure was the toughest race I’ve ever done. It was my first hundred miles and longest day in the saddle, finishing in 11 hours 40 min. Not to mention, I had climbed a total elevation equivalent to almost half the height of Mount Everest.

“During the race, I remembered Sonya Looney’s advice on finding your own joy and being grateful for what you do,” Nina wrote, referring to one of the world’s best endurance mountain bikers. “At some points I had to force a smile but I knew that as long as I stayed positive and kept moving forward, I would reach the finish. And not only did I finish, I also happened to take 8th place! Thank you SO MUCH to Pedal Montclair for keeping my bike in tip-top condition and Shenandoah Mountain Touring for the braaap event”.

(Note to those outside the world of mountain bike racing: braaap is a term of high praise, Nina tells us. To braaap is to ride with aggression and flow, especially through corners and over obstacles.) 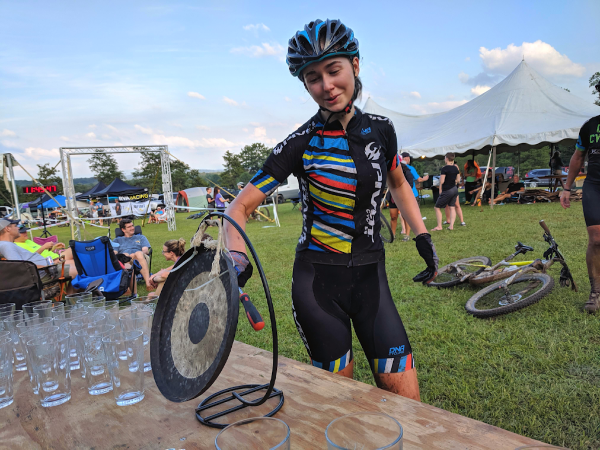