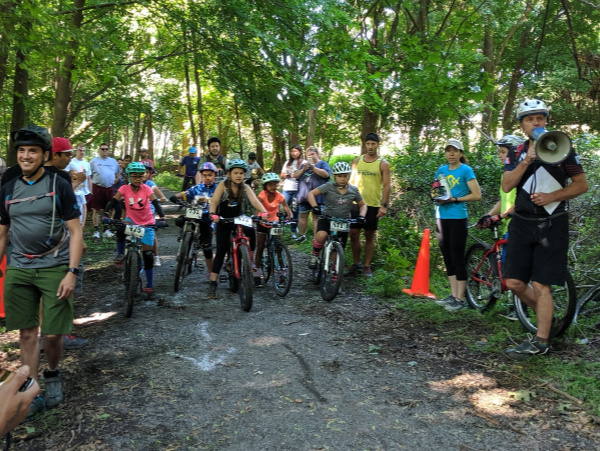 The ninth annual Hilltop Grasshopper was held this past Saturday and it was a fun day of mountain bike racing for kids from kindergarten through eighth grade.

While the original Grasshoppers were held in Verona’s Hilltop Reservation, the course now is a winding narrow trail through the woods along the West Essex Rail Trail in Cedar Grove. Last year’s Grasshopper should have been the first in the new location, but a huge downpour flooded the course and ruined parts of the Rail Trail. The Essex County Parks Department fixed the trails, and this year’s event went off without any weather issues. 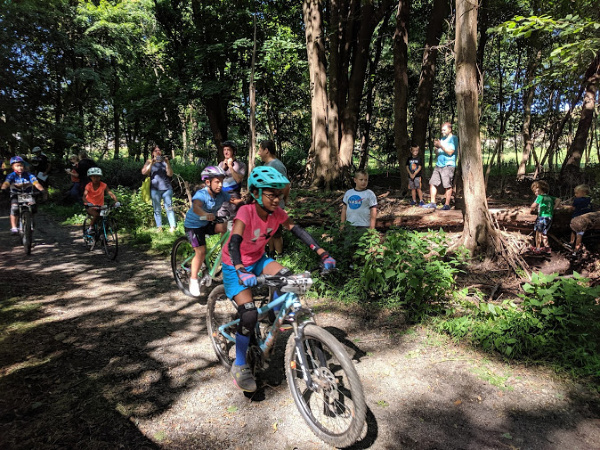 A total of 81 riders competed in one of four different classes based on grade level in the fall. The youngest riders were the first out, starting early at 9 a.m. and racing two laps or 0.6 miles. Older grade groups followed later in the morning, each racing an increasing number of laps, with the oldest group, grades 6 to 8, completing six laps or 1.8 miles. Students represented towns from all over northern New Jersey.

The largest girls contingent was the grade 4-5 group with seven racers, including a few who have raced here and elsewhere many times. “We were super enthused to see that many girls lining up and hope that it indicates cycling is a growth sport for girls,” says Geordie Smith, a Verona resident who is one of the race organizers. “We were fortunate to have the help of Maile O. as a lead-out rider for many of the girls races. She’s a New Jersey mountain bike champion in her age group, riding with NICA team Essex Offroad and she has become a role model for girls interested in riding and racing.”

Two of the boys races had even bigger starting line ups, with 16 racers in both the grade 4-5 and grade 6-8 groups. Both were very competitive classes throughout the many laps that were completed.

“Not surprisingly, local racers from Verona and Montclair were high up in the standings, mostly because those racers are out riding and enjoying the large variety of local trails,” says Smith. “Some are members of the local team, Essex Offroad or have older siblings who ride with that team.” (If you are interested in more information about the local student mountain bike team for students in grades 6-12, check out their Facebook page.) 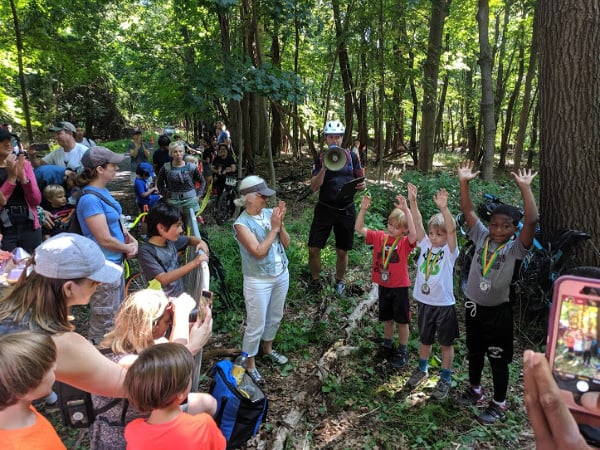 Next year’s Grasshopper will be on Saturday, August 8. More details as they develop. 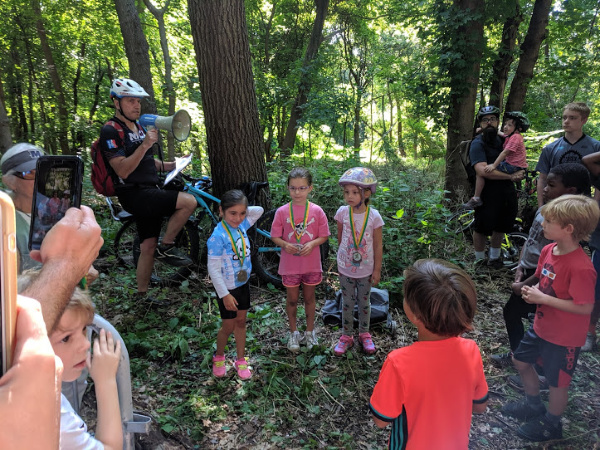