What’s Next For VHS ‘19: Tuition-Free College 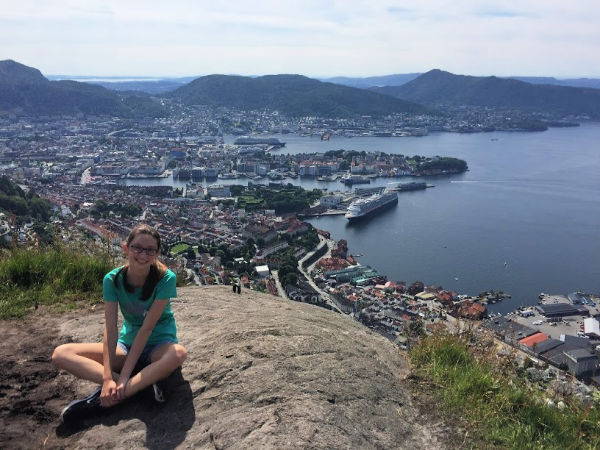 Emily Andersen, Verona High School Class of 2019, will be going to college in Bergen. Just not the Bergen that’s closest to Verona.

In August, Andersen will be heading to Bergen, Norway, to begin a journey that she hopes will take her to a master’s of physics without the tuition debt that burdens so many American college students these days.

According the U.S. Federal Reserve, about 69% of students from the Class of 2018 took out student loans, and their average debt balance upon graduation was $29,800. These debts constrain the lives of graduates: The Pew Research Center found that 21% of adults ages 25 to 39 with outstanding student loans work more than one job, and only 27% of people with student loans say they are living comfortably, compared to 45% of those without outstanding loans.

Norway’s public universities do not charge tuition at the undergraduate or graduate school level–even for international students–and there are no SAT tests for admission. “I had to explain to my dad what those were,” Andersen says with a smile.

Andersen’s father came to America from Norway at 19. She has visited his home country and her relatives regularly over the years and, while she speaks Norwegian, she’s not, by her own admission, fluent enough to take physics classes in the language at the University of Bergen. UiB is an internationally recognized research university located on the west coast of Norway surrounded by mountains and fjords, which are a big part of its appeal to Andersen. “I like the town because it is nature focused,” she says. “It’s very outdoorsy.” UiB is a fairly large institution, with almost 17,000 students, about 1,900 of which are international students like Andersen. (StudyinNorway.no, a website created by the Norwegian Agency for International Cooperation and Quality Enhancement in Higher Education, has more information on the college process there.)

But living in Norway can be expensive and student housing is scarce. Andersen will live with an aunt and uncle in Bergen for a year while she improves her Norwegian enough to pass the university’s language proficiency test. Andersen has Norwegian citizenship, but if she didn’t she would have had to show proof of financial resources to get a student residence permit.

Those aren’t the only challenges to doing college in Norway. High school there is five years, not four as it is in Verona, so Andersen had to close the gap with Advanced Placement tests. “I had to take three AP classes and get a 3 or better on the test to qualify or do a year of college,” she says.

There are other ways of holding down the high cost of college and VHS students do use them. Some go to lower cost community colleges like Middlesex and New Jersey’s Bergen for two years and then finishing their degrees elsewhere. Others, like Francesca Cortese, VHS ‘18, have gone to countries with free or low-cost colleges where their family had roots. Ben Jung didn’t have ties to Canada but the VHS ‘13 grad earned a bachelor of science in bio-neuroscience at Canada’s McGill University in three years instead of four because he got full credit for one year of studies because of the AP tests he aced at VHS. He’s finishing a fellowship at the National Institute of Health’s National Institute of Mental Health and is headed to a doctoral program at Brown University in September.

Andersen is comfortable with being among the college outliers, even if it meant she had to improvise on VHS’ college acceptance day, when students wear the t-shirt of the school they will be attending. Norway’s universities don’t have shirts like that, so Andersen donned a pink sweatshirt with Norway’s flag on it.

“I hope that more people choose to venture out,” she says. “There’s a whole world out there and now’s a perfect time to explore it.” 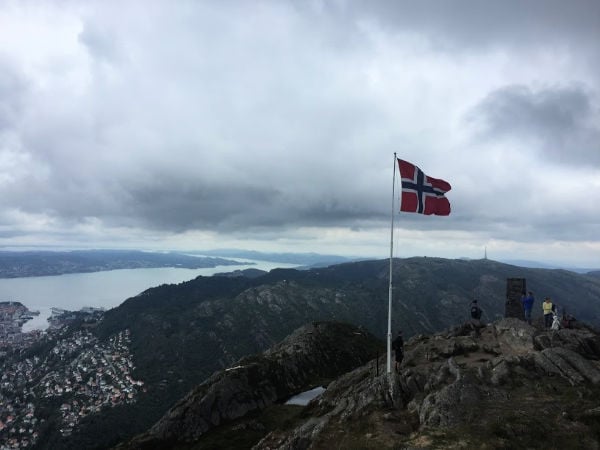 Virginia Citranohttps://myveronanj.com
Virginia Citrano grew up in Verona. She moved away to write and edit for The Wall Street Journal’s European edition, Institutional Investor, Crain’s New York Business and Forbes.com. Since returning to Verona, she has volunteered for school, civic and religious groups, served nine years on the Verona Environmental Commission and is now part of Sustainable Verona. She co-founded MyVeronaNJ in 2009. You can reach Virginia at vir[email protected]