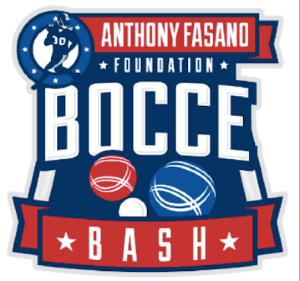 On Sunday, July 7, former NFL tight end and Verona native Anthony Fasano will host the 11th annual Anthony Fasano Foundation Bocce Bash at Verona Park. The event, which benefits Backpacks For Life, starts at 10 a.m. and runs until 5 p.m. In addition to bocce, the day will feature food vendors and a special kids zone including games, face painting, balloons and a bouncy house free of charge from 11 a.m. to 3 p.m.

Back in 2012 the Anthony Fasano Foundation, along with dozens of volunteer workers and contractors, partnered with Essex County Executive Joseph N. DiVincenzo Jr. to build four bocce courts in Verona Park, which is now the permanent home to the Bocce Bash.

“I look forward to the Bocce Bash every year,” said Fasano. “It’s a great opportunity to get back home and see family and friends while raising money and awareness for a great military charity, Backpacks for Life. I want this to be something the community is excited about every Summer and the Kids Zone allows families to come to Verona Park and experience the Bocce Bash together.” Backpacks For Life was started by Verona native and Marine Corps veteran Brett D’Alessandro in 2014. It gives homeless veterans backpacks filled with a variety of donated supplies, including clothing, toiletries and information on veterans services.

The Anthony Fasano Foundation Bocce Bash is a double-elimination bocce tournament. Participation is limited to 24 teams and there is still an opportunity to register a team for this year’s event. Food and beverage for all tournament participants is included in the team entry fee along with a T-shirt. The Anthony Fasano Foundation is a 501(C) 3 organization, and contributions are tax deductible as permitted by law.