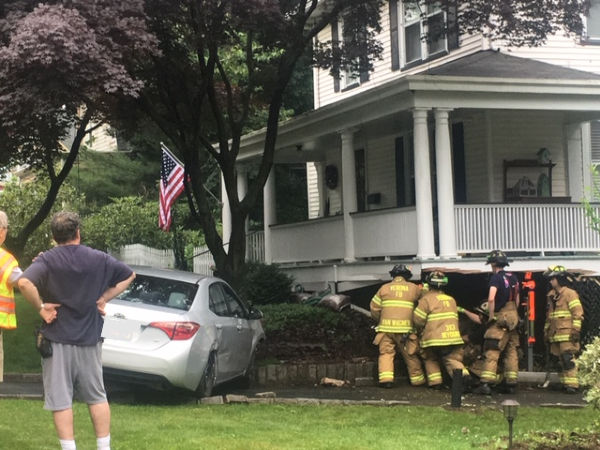 A driver whose car was clipped at Fairview and Personnette avenues this morning wound up crashing into the front porch of 75 Fairview Avenue.

Verona’s first responders were called to the scene around 9:20 a.m. According to Verona Police Lt. Paul Watkins, the Toyota Corolla was traveling north on Fairview when its back end was clipped by a driver attempting to continue west on Personette across Fairview. Watkins believes that the Toyota lost traction and its driver applied the gas instead of the brakes, sending her across three lawns before the car knocked out a pillar supporting the left front of the porch. 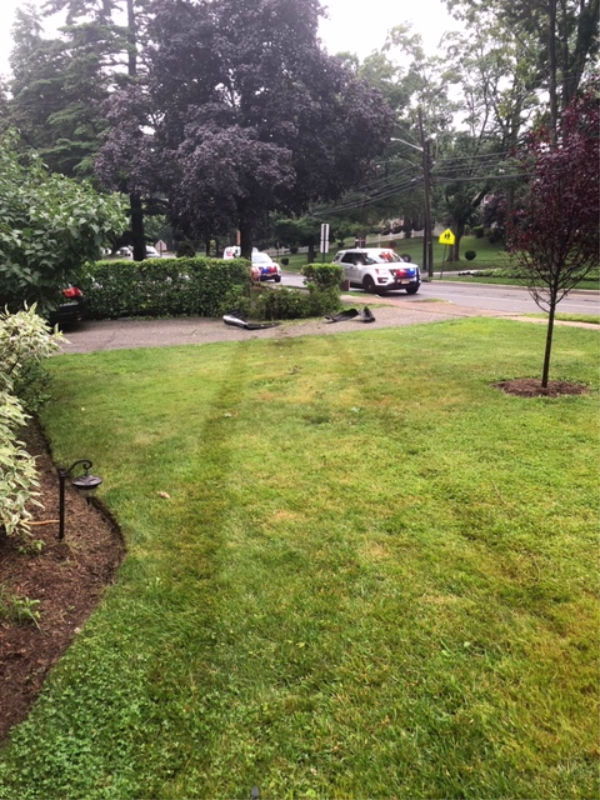 The Verona Rescue Squad transported the driver to St. Barnabas Hospital to have a knee examined. The Verona Fire Department applied a series of braces to the porch to support it, and Tom Jacobsen, Verona’s construction code officer, also responded to the scene.

Watkins said that no citations have yet been issued to either driver. 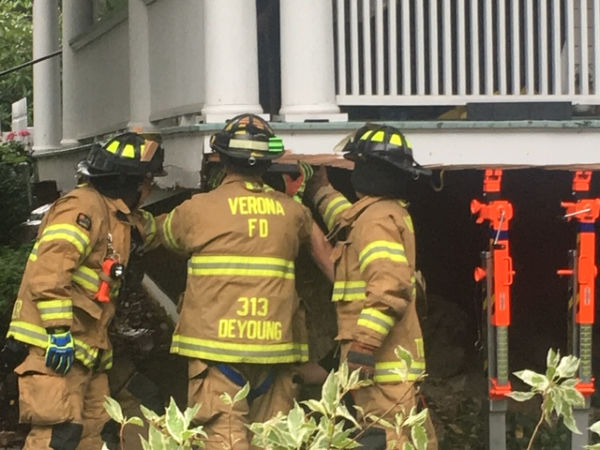