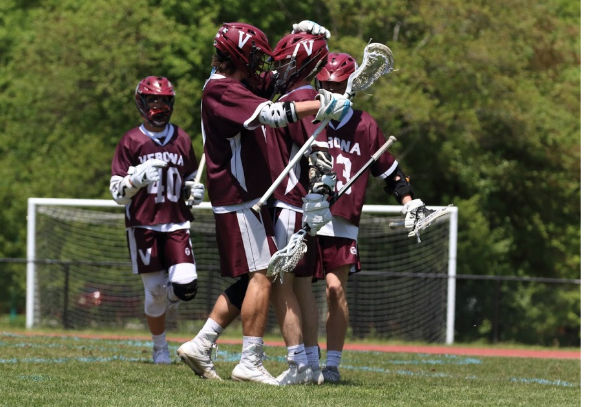 The 2019 season for the Verona High School boys lacrosse team ended on Saturday in the quarterfinals of the North Jersey, Group 1 playoffs. But the final score of that contest against Kinnelon, a 10-4 loss for Verona, shouldn’t diminish what the team accomplished this season. 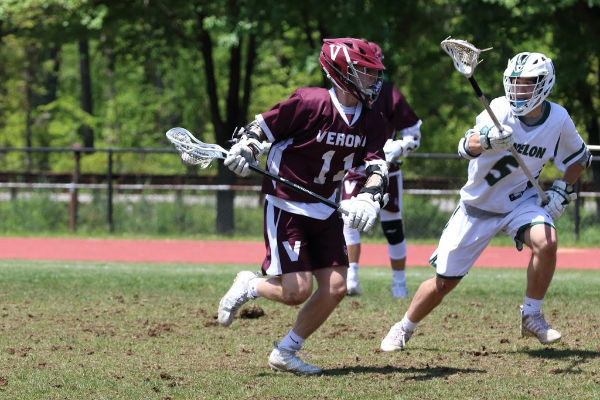 “It was great to see all the hard work materialize into such a successful season,” says Coach Matt Diglio. This year’s seniors started in Diglio’s first year as head coach in Verona. “They wanted to go out there and win and do it the right way.”

They also did it in a big way. The team compiled a 14-6 record this season, and they were 9-0 in league. Many of their wins were big, lopsided wins, like the 14-5 game over Waldwick or the 16-2 game over Cedar Grove. And when it came to the clinches, like the April 24 game against Boonton when both were the last undefeated teams in the Klank division, Verona powered through for the win. 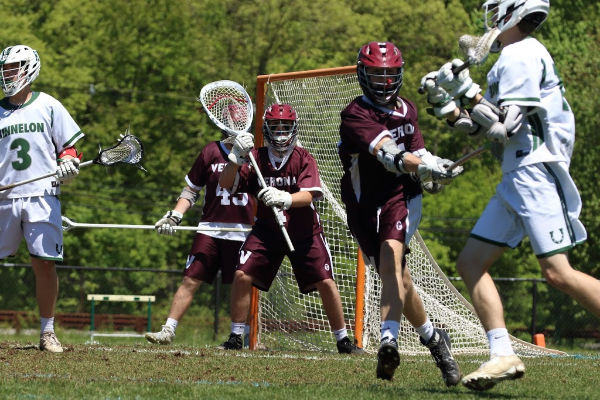 Some of the team will go on to play in college. The team is graduating eight seniors–Harrison Keating, Brandon Cariani, Jarrod Keating, Matt Aldiero, Brendan Erwin, Zack Balogh, Jack Gautieri and Jeremy Boub–and one, Matt Aldiero has signed to play for Florida Southern College, an NCAA Division II college. But many more will remain in maroon-and-white, and they have already shown what they could contribute to the team next year. Jack Lonsinger, a sophomore, is the team’s leading scorer with 53 goals this season and 84 in his two years of VHS play. Jerry Strippoli, a junior, scored 23 goals this season and has 40 over his three years on the team. Rich DiGeronimo, another junior, set the tone for many plays by deftly controlling the faceoffs. Coming up fast behind are players like Trevor Spinelli, Michael Matarazzo and Nick Socci, a freshman who started varsity and scored 19 goals. There were eight freshmen on this year’s team, a perfect balance to the graduating continguent.

“A whole lot of young players stepped up this season,” says Diglio. “And we have a lot of kids who are ready to step up. The future of Verona lacrosse looks bright.” 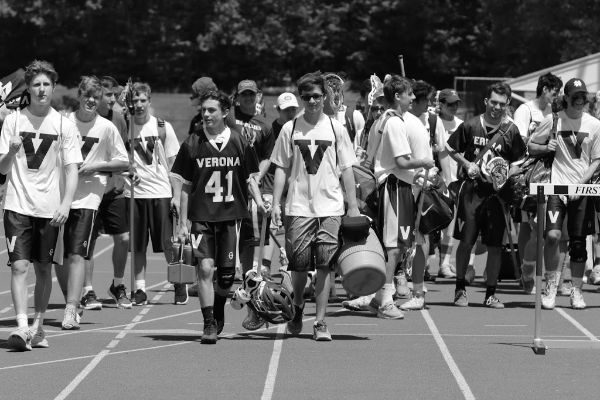