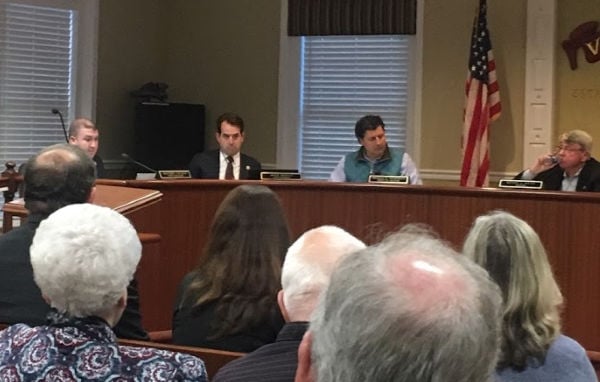 The Verona Town Council held a special meeting on Wednesday that ended, just before midnight, with four of the five Council members reluctantly agreeing to a settlement on a large development project at Sunset and Bloomfield avenues and one, Councilman Jack McEvoy, voting No. The decision was an attempt to forestall more onerous development elsewhere in Verona, but it will likely face challenges before any shovels go in the ground.

At issue is the property owned by Spectrum360. Last October, the Council reached a settlement with it that would have allowed the private school to sell its property to a developer along with an approved plan to build 300 apartments, 20% of which would be affordable housing. Verona, like most other municipalities in New Jersey, is under pressure to build more affordable housing; in our case, that’s 238 more units. But the plan fell apart in late January when the Verona Planning Board voted that the property, once known as The Children’s Institute, did not meet the criteria of an “area in need of redevelopment”. 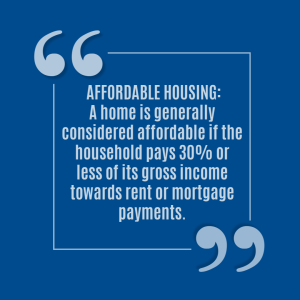 Verona officials went back to the drawing board with Spectrum360 and came to believe that they had a deal to allow 200 market-rate one- and two-bedroom units at the site, which has 5.5 acres in Verona and 2.5 acres in Montclair. The settlement would include a payment-in-lieu-of-taxes (PILOT) agreement and come with a $6.25 million payment from Spectrum 360 to Verona, which the town would use to finance the construction of the planned affordable housing development on the Cameco property. (Verona will not be the builder of that project, but will use its strong credit rating to provide better financing terms to the developer.)

But sometime before the meeting took place, things changed again. Spectrum360 presented Verona with a plan to backstop the primary agreement. If Verona failed to deliver unappealable governmental approvals, the new developer could build 300 units, only 15% of which would be affordable and there would be no funds to pay for the Cameco site work. The Council would have to accept this “B” plan with the 200-unit “A” plan or risk being forced into a so-called builder’s remedy lawsuit that would impose hundreds more housing units on Verona. Kruvant, a developer that is seeking to build on the property that has been used as the leaf dump and another lot at the edge of Eagle Rock Reservation, has been seeking to end Verona’s immunity to a builder’s remedy suit.

Verona’s township manager, Matt Cavallo, opened Wednesday’s meeting on a conciliatory tone, thanking Spectrum360 for its cooperation in the past. But it soon became clear that Verona officials were very frustrated by the “B” plan and that the consequences of losing immunity from development under a builder’s remedy lawsuit would be dire. Cavallo asserted that it could open the way for dense construction not only on the four known “intervenor” properties that have been Verona’s focus for the past few years, but at sites from the Claridge House and Pilgrim Shopping Center, to some near the corner of Grove and Ozone Avenues.