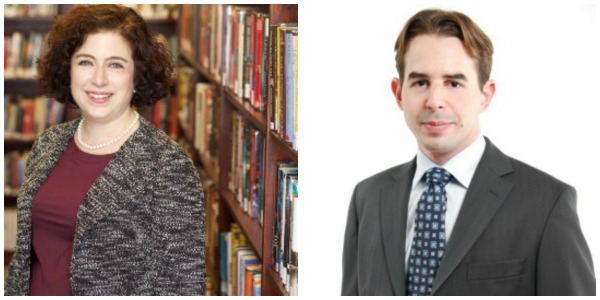 Essex County election officials have confirmed that Christine McGrath has won a first term on the Verona Town Council and that current Councilman Alex Roman has been re-election to a second term.

After the county added provisional and write-in ballots to the election night results, McGrath’s tally rose to 1,344 from 1,314 votes, and Roman’s total rose to 843 from 831 votes. The gap between Roman and John Quattrocchi remained small, with Quattrocchi’s final count rising to 841 from 828.

Michael Nochimson’s total rose to 826 from 817, which was not enough for the current deputy mayor to win a third term. John Fio Rito’s total rose to 688 from 674. The county will certify the results on Monday, May 20.

“I am very excited to work with Alex Roman for the next four years,” McGrath said today. “He has demonstrated a deep commitment to our community and brings fantastic analytical skills to the council.”

In a conversation the day after the election, McGrath attributed her win to the common ground she established with voters. “I think the voters in Verona really responded to my vision,” she said. McGrath had pledged increased communication and transparency, and the creation of a strategic plan for the town. “It was wonderful to see how engaged people were on those issues.” McGrath champions ideas such as live-streaming town meetings adapting the Nixle platform that Verona uses for police department alerts for other notifications. She believes that successful use of strategic planning by the Board of Education and the Verona Public Library could be a model for the town as well, and not just for development issues. McGrath sees a plan as providing guidance on health and wellness issues, environmentalism, and support of Verona’s all-volunteer Fire Department and Rescue Squad. “We need to ask, where do we want to be even if we want to stay the same,” she said. “This resonated with residents.”

Roman posted a message of thanks on his campaign Facebook page yesterday evening. “So all of the votes have been tallied and the results are in,” he wrote. “By a two vote margin I’ll be continuing as Councilman.

“The tight results in this race remind us of a few different things. First off, that your vote really does count. The number of stories I’ve heard of people just barely managing to squeeze a trip to the polls into a busy day or making a special effort to get a mail-in ballot submitted timely are astounding. Any two of you could have swung this race another direction.

“Secondly, we have a large number of well-qualified people who are willing to step up and commit their own time and energy to a challenging job trying to deal with everything from sports leagues to sewage treatment. We have finance experts, real estate developers, community activists, and people from all other walks of life that have something to offer. That is a great statement as to the resources this community has to draw upon for its success.

“And finally, the vote was close enough to remind us that the successful candidate should govern from the center and try to balance all of these points of view. Hopefully I’ll be able to do that.

“Again, special thanks to John Quattrocchi – he and I have spent hours bouncing ideas off each other and trying to sort out all the various issues our government faces. He’s smart, dedicated, and a great guy. I’m sure he’ll continue to positively impact our community.

“I’m looking forward to working with Kevin, Jack, Ted, and Christine to move Verona forward. Thanks again to everyone!”

Nochimson posted a message of thanks to his campaign’s Facebook page on election night. “I’d like to congratulate Christine McGrath and Alex Roman on their election to the Verona Township Council,” he wrote. “It was a positive campaign, focused on our ideas, our vision, and our record. I’m proud of the campaign that we waged, but unfortunately we came up a little short tonight. I’d also like to say thank you to the people of Verona for allowing me to serve as your Deputy Mayor and Councilman for the last eight years. It has been the highest honor of my professional career and I’m proud of the work we’ve done during my time in office. I look forward to working with the new council members to help them transition, so that they may be successful in serving our community. I’d like to close by thanking my family, especially my wife Kim and our two daughters, our friends, volunteers and supporters for their unwavering support and dedication to our campaign. Without you, the last eight years would have been impossible.”

“Hi everyone,” Quattrocchi wrote on his campaign’s Facebook page late yesterday. “The final tally is…Alex Roman
wins the 2nd seat. Every vote counts and Alex received 2 more of those than I did.

“Alex is a terrific guy and he always gives his best. I’ve know him for many years and I know he’ll continue to serve our community well. Most of all, he’s a class act and, for me, thats a quality that everything else is founded on.

“I wish Alex and the Council all the best. As always, happy to help if the need arises.

“Thank you for all the support for my run at this. The letters, phone calls, and personal interactions with so many people was terrific.

“Thank you to the folks who worked tirelessly on the campaign. I’m glad so much work was so much fun. You were tireless! And you all know who you are!

“And finally, thank you to my family for all your support. I know I ask a lot from you, especially all the time away from home. Thank you.

Fio Rito also posted his congratulations on election night. “The results are in and I’d like to congratulate Christine and Alex on their victory!” he wrote. “I wish them the best during their terms. Thank you to Mike and John as well for their years of service to Verona!”