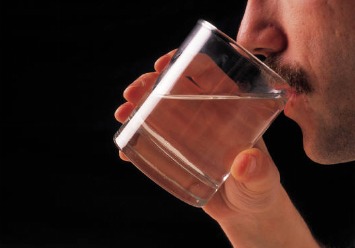 I am writing in response to your April 27, 2019 article entitled “Fact Check: Verona’s Water Quality,” in which you implicitly suggested that Town Council candidate Christine McGrath should not have publicly commented or asked questions about a troubling Patch article that raised serious questions about the safety of our town’s water supply.

Mayor Ryan was more direct than MyVeronaNJ. In an April 29, 2019 post to his mayoral Facebook account, he wrote that he was “concern[ed]” that “Ms McGrath has decided to politicize this issue.”

I respectfully disagree with these characterizations of Ms. McGrath’s response to the Patch article at issue and wish to thank her for helping to get public answers to the questions that I and many other Verona residents had after reading the article that raised concern.

The Patch article went on to list 29 municipal water departments—including “Verona Water Department, Verona”—that “accumulated or accrued the most violation points between October 2014 to September 2017 in New Jersey.” The article did not provide any details concerning the nature of the “violation points.” Immediately following the list that included Verona, the article wrote: “You can find other contaminated sites here.”

The very clear implication of the Patch article was that Verona’s water supply was contaminated and that the DEP was going after the 5 companies that are allegedly responsible for that contamination.

The Patch article was widely shared on Facebook and I read it before I saw any comments by Ms. McGrath about it. Indeed, a quick search on Facebook revealed that it was “shared” by nearly 1,800 Facebook users and that more than 4,600 people “liked” the article.

On Monday April 1, 2019—more than 5 days after Patch published its article—Ms. McGrath posted on her Facebook account that “Contaminants in our drinking water are a top concern for many residents.” It is unsurprising that Ms. McGrath was hearing this because, not only was the Patch article shared widely on social media, Ms. McGrath has been all over town knocking on doors and meeting residents to listen to their concerns. She explained that she was trying to get to the bottom of why Verona was included on the list of towns with the most violations.

In her April 1, 2019 Facebook post, Ms. McGrath correctly noted that Verona has been repeatedly cited by the EPA over the past several years for unidentified violations related to the water department. She included a link to information about potential contaminants in Verona’s drinking water identified by The Environmental Working Group, a source specifically cited in the Patch article at issue. And Ms. McGrath also linked directly to an electronic copy of the town’s official Annual Water Quality Report, which did not contain any information suggesting that Verona’s water had unsafe levels of contaminants.

Like Ms. McGrath, I spent time looking into the issue and could not make heads or tails of the publicly available information. I was thankful that Ms. McGrath agreed to ask questions about this issue at the next town council meeting.

As you explained in your recent article, the truth is that the Patch article was highly misleading and that there is no cause for concern about the quality of the town’s water supply. But rather than thank Ms. McGrath for helping residents like me get to the bottom of this, you and Mayor Ryan went after her. Instead of sticking to the facts and explaining why another news outlet misled the public, you inexplicably made Ms. McGrath a focus of your article and suggested she (and not Patch) was to blame for the public’s valid concerns on the issue. I truly do not understand this response.

Incredibly, in his April 29, 2019 Facebook post—a full MONTH after Patch published its misleading article—Mayor Ryan wrote that he “felt compelled to weigh in on this issue.” He also stated that he believed this was a political stunt by Ms. McGrath to “impress the voters.”

You know when Mayor Ryan should have felt compelled to weigh in on this issue and share the truth about the misleading nature of the Patch article? Within DAYS after the Patch published its misleading article. Instead of doing that, he waited a MONTH, and only after MyVeronaNJ wrote an article explaining the inaccuracies in the Patch article.

In his Facebook post chiding Ms. McGrath for “politicizing” the issue, Mayor Ryan publicly disclosed that he is not supporting Ms. McGrath in her campaign, but another current member of the Town Council (another member who failed to timely address the concerns raised by many residents). It seems that if anyone is “politicizing” this issue—a phrase that seems odd when we are talking about water quality concerns—it is Mayor Ryan, not Ms. McGrath.

Mayor Ryan’s response was tone deaf and demonstrates exactly why we need better communication from our local leaders. A key component of Ms. McGrath’s platform is to transform how local government communicates with residents. If the Town had responded more swiftly and effectively to the misleading Patch article, a lot of worry could have been avoided. If nothing else, this episode underscores exactly why we need Ms. McGrath on our Town Council.